The visuals used in the campaign to announce Season 4 of Zee TV's'Dance India Dance' reality show define a dance mood with a tagline supporting it. 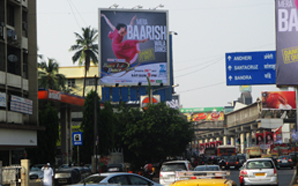 Popular reality show'Dance India Dance' on Zee TV is back to entertain the audience with its season 4 and the channel has left no stone unturned to announce the launch date with a bang on OOH. Bright Outdoor agency has successfully launched the campaign at various prime locations in Mumbai like Juhu, Bandra, and near Lala college. The campaign duration is ten days, from October 21, 2013 to October 30, 2013.  Large format hoardings, gantries, bus shelter and kiosk have been used to catch the eyeballs of the target group.

The visual used in each campaign defines a dance mood with a tagline supporting the visuals, like "Mera Happywala danceâ€, "Mera Barishwala Danceâ€ and many more. 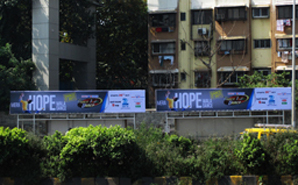 Yogesh Lakhani, CMD, Bright Outdoor Media Pvt Ltd says talking about it, "Zee TV wanted to create awareness of the comeback of India's biggest dance reality show'Dance India Dance Season 4'. As we have already helped Zee TV to create awareness for many of their campaigns earlier, they chose us for this one too. Zee TV has launched a unique dance reality show and we are happy to be selected as the OOH partners to create the awareness of the launch. The strategy has been to deploy and build impactful visibility at selective locations in Mumbai at key locations using different advertising mediums.â€
Tags : Dance India Dance Zee TV Bright Outdoor Media Yogesh Lakhani
Advertisement