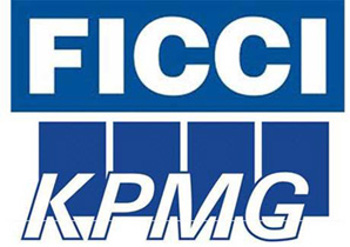 While, 2012 was challenging, with some improvement likely in the global economy in 2013 and India's real GDP expected to be in the region of 6.1% to 6.7%, the prognosis for the Indian Media & Entertainment industry looks much better going forward. Given the impetus introduced by digitization, continued growth of regional media, upcoming elections, continued strength in the film sector and fast increasing new media businesses, the industry is estimated to achieve a growth of 11.8 percent in 2013 to touch INR 917 billion. Going forward, the sector is projected to grow at a healthy CAGR of 15.2 percent to reach INR 1661 billion by 2017, says the FICCI - KPMG Media & Entertainment 2013 report.
The Out of Home (OOH) advertising sector has also seen higher rates of growth in transit advertising. Speaking about the findings of the report, Uday Shankar, Chairman, FICCI M&E committee said, "2012 has been one of the toughest years in recent times. But it has also been a landmark year for the media and entertainment sector with significant progress in all verticals: the signs are already evident that digitalization will fundamentally change broadcasting, films have scaled-up their ambitions, and radio and print continue to defy global trends. If anything, 2013 promises to be even more disruptive. I am certain that the insights and findings from this report will provide a comprehensive and useful lens for all of us in the industry.â€
According to Jehil Thakkar, Head of Media and Entertainment, KPMG in India, "2012 though a challenging year for the M&E industry, was a year in which important foundations for future growth were laid. The advertising environment went through one of the toughest years in the last decade. However, the implementation of digitization, the stellar performance of the film industry backed by excellent content and digital distribution, the continued growth in regional print and the momentum in new media and the announcement of Phase 3 radio implementation has all finally provided the needed platform to boost the Indian Media & Entertainment industry.â€
Tags : FICCI KPMG OOH Uday Shankar Jehil Thakkar
Advertisement