BJP, Congress and AAP are executing widespread campaigns through auto rickshaws in association with Adventure Media 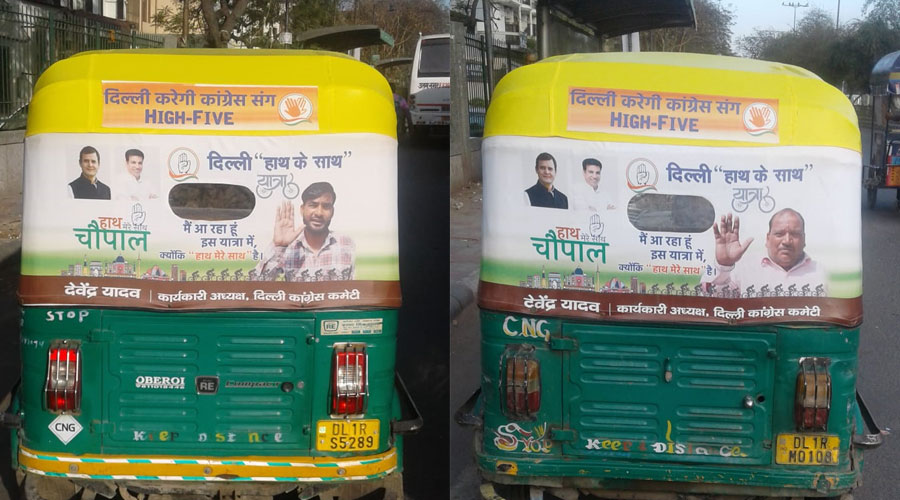 After a tussle over large formats on the OOH medium, leading political parties in the country are now zeroing in on transit media branding to compete for the last four phases of the Lok Sabha elections, taking place from April 29 to May 19, 2019. BJP, Congress and AAP parties have roped in Adventure Media, a leading auto branding firm based in Delhi, for an extensive auto rickshaw roll-outs for the capital and other crucial states such as UP, Punjab and Rajasthan. BJP, an OOH-pro party, spreads its ‘Phir Ek Baar Modi Sarkar’ campaign across more than 15,000 autos in Delhi, Bihar, UP, Haryana and other regions. Congress, for its part, is focusing on issues like GST with its ‘Ab Hoga Nyay’ campaign through close to 22,000 autos, while the AAP Party is promoting itself through approximately 10,000 autos across multiple cities. 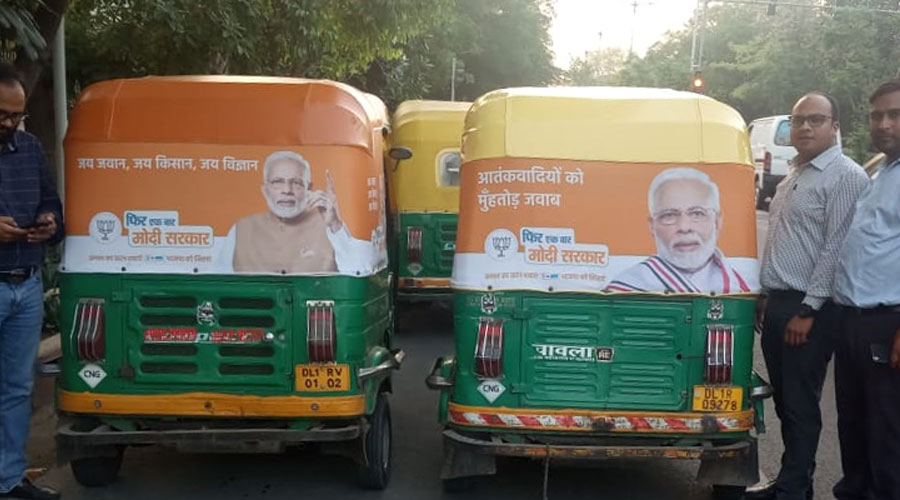 Rajesh Arora, CEO of Adventure Media, which has directly taken contract from each party, says, “Political parties have been using auto branding for the past few years. But this time, this format has helped them reach maximum number of audiences in a short span. After the Pulwama attack, parties like BJP changed their creative to be more relevant to mass sentiments and therefore in order to have a wider reach of communication, they are using auto-branding.”

To achieve exclusive impact, the BJP has even changed the color of its auto rickshaws’ top hood space to saffron. The impact of these moves is monitored through their third party agency.

These autos will be running through the campaigns till the last phases in the respective states. 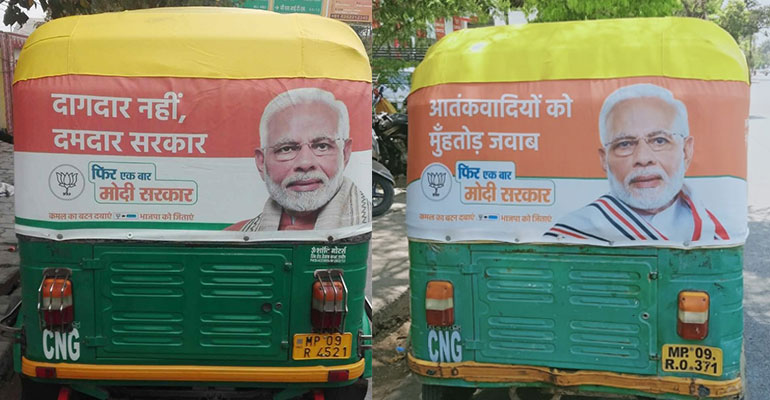 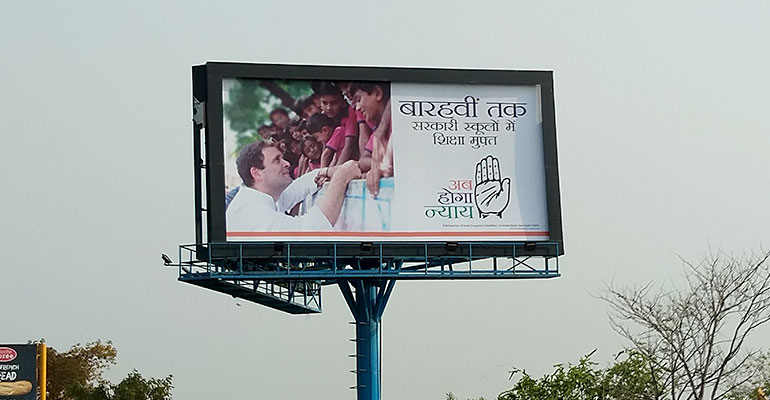 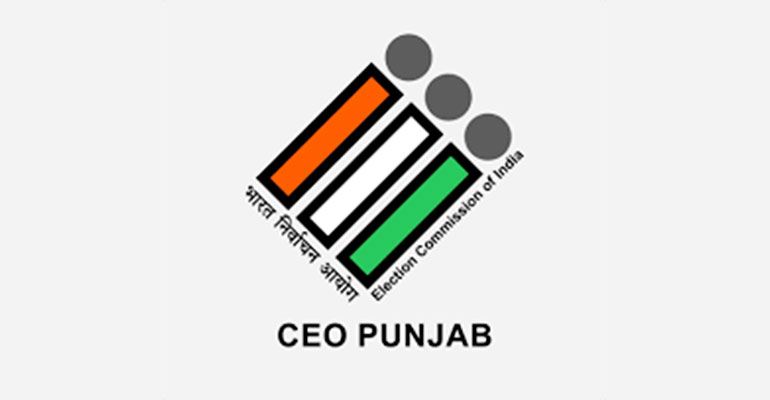