OOH originated from the influence of theatres and circuses: Mohan Chandran

At Kerala Talks OOH 2015, Mohan Chandran said that outdoor advertising in India is one of the most opted modes of brand promotion and that the Indian OOH industry comprises of a major share in the overall advertising industry. 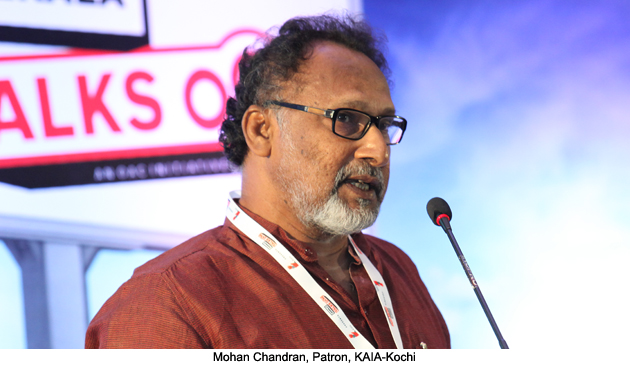 Speaking during the special address at Kerala Talks OOH 2015, Mohan Chandran, Patron, KAIA-Kochi started his speech by illustrating the history of OOH advertising itself. Mohan Chandran said, "While outdoor advertising in the United States can be traced back to the 17th century, its modern form originated from the influence of theatres and circuses. By the end of 19th century, this medium had evolved into a nationally organised industry. The first national association for OOH was formed in 1890 and it is called the Outdoor Association of America. OAAA as an organisation coordinated the services offered by member companies, and address the ethical concerns of early industry leaders. The stated purpose of the association was to promote a greater understanding of the poster medium.â€

OOH advertising can trace its lineage back to the earliest civilisations. Modes of advertising have changed over the centuries, but OOH advertising is still a relevant form of communication today. According to Mohan outdoor advertising in India is one of the most opted modes of brand promotion. He added that Indian OOH industry comprises of a major share in the overall advertising industry and has seen a drastic change with the development of technology.

While talking about the state of the OOH industry in Kerala, Mohan said, "Advertising industry in Kerala is under surveillance of the government. In Kerala, hoardings are freely exhibited across the state without any permission from the authorities.  According to the government, the billboards displayed in Kerala are unsafe and likely to fall and injure people. It is a fact that most of the hoardings are precarious and it also raises threat to human life.â€