Sam Balsara, who held majority stake in the agency, will become a minority partner 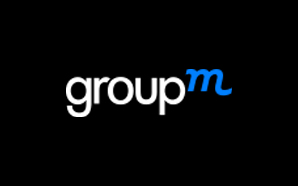 The media arm of WPP, the world’s largest marketing communications company, said on Tuesday said it would be acquiring a controlling stake in MediaCom India, an agency best-known for holding the Procter & Gamble (P&G) media business.

The move is significant since this will mean that GroupM, WPP’s media unit, will manage the media duties of two of the largest consumer goods companies — Hindustan Unilever and P&G — in the country. GroupM is India's largest media agency network.

For the past eight years, MediaCom India operated as a joint venture between GroupM and media agency veteran Sam Balsara, who had a majority stake in the agency in his individual capacity.

Balsara is the principal shareholder of the Madison Media group, which is not part of the JV.

India was the only market where MediaCom, which, globally, is part of the WPP Group, was in a joint venture, setting it aside as a unique model of partnership in the cut-throat world of media planning and buying.

Speculation was rife for some time now that WPP was talking to Balsara to acquire his stake in MediaCom India, but it is only now that the deal has been finalised. The size of the transaction was not immediately known.

In a statement, Stephen Allan, chief executive officer, MediaCom Worldwide, said the majority acquisition was a significant leg-up for the agency in India.

“As India becomes an attractive business hub for global clients, we are confident our team here will deliver growth for all stakeholders,” he said.