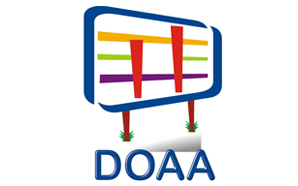 Formed in 1996, DOAA has worked towards a number of initiatives in aid of the OOH industry in the capital starting from lending inputs in formulation of Outdoor Advertising Policy (OAP), 2007 to changing its bylaws to tackling the recent unrest regarding illegal media of the city. Mukesh Gupta, the previous Secretary of DOAA, mentioned, "I am very happy that a young team has been selected by our members. Since Delhi's outdoor position is very critical, I am sure the new executive committee will act upon it wisely with liaison with MCD. We should also work towards complete removal of illegal media. I am satisfied with my tenure as General Secretary around 20 odd years. With support of our members, we set many standards in the OOH business in Delhi while our many decisions were further implemented by even IOAA.â€ Resonating similar thoughts, Sunil Vasudeva, said, "Although it's too early to comment on the stage-wise steps, my whole focus would be on streamlining the industry and raise the standard of OOH media in the capital.â€

To arrest the major issue regarding illegal media in the city, DOAA is planning to launch a website soon that will list out all the legal media of the city. Ajay Gupta, Secretary, DOAA mentioned, "We are going to crackdown all illegal media in the city. We will work out a more user-friendly formula where we can work in tandem with authorities with focus on the aesthetics of the city along with earning livelihood respectfully.â€