A new campaign initiated by SSI Media P Ltd on the occasion of World Advertising Day celebrates the medium of advertising and the people behind it. 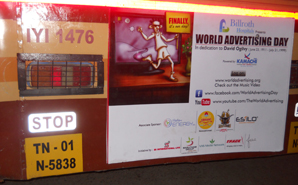 Even though advertising is an integral part of everyone's life today, most people are unaware of the people behind these works of wonder. The World Advertising Day campaign was an initiative by SSI Media India P Ltd to pay homage to these people, in particular to "David Ogilvyâ€, considered the'Father of World Advertising', whose birthday falls on June 23rd. The initiative was meant to make people appreciate the efforts that go into making this medium what it is. It is an attempt to present the glory of the art as well as the business side of this industry to every man. This idea was conceived by Creative Director Sree Prakash of Freswa Advertising.

Says Sree Prakash,speaking about this initiative, "There is a need to highlight the sensitivity and sensibilities of the agencies that contribute to the industry from every corner of the world. It's not always the big agencies from the big cities that do the best of work. Advertising masterpieces can be discovered anywhere. If we acknowledge the industry at a world-level, we are opening up the field and allowing more creative ideas to be sparked as even the common man will understand the value of creative.â€ 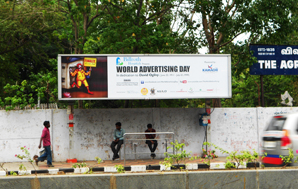 Many clients of SSI Media have voiced their support for this endeavour and will be joined by many more soon. R. Anandakrishnan, Director, SSI Live says, "The campaign aims to highlight the wonders of advertising to the common man. As of now a lot of people are wowed by ads but they have no idea of the industry behind it, they have no understanding of the creative benchmarks and the true achievements of this fraternity. The aim here is to create a sense of appreciation towards advertising for every individual even outside the advertising world.â€

With the cause being social, the campaign also took a social approach. The aim was to draw people and make them a part of this experience and for this, a video was made to make consumers aware on the extent to which advertising plays a role in our lives. The song and dance number was shared on Uoutube and Facebook and was spread through these platforms. Apart from the social media platforms, the campaign was launched using other formats such as bus shelters and bus back panels across the city targeted at the young consumers.