US body lays down programmatic standards for digital placed advertising 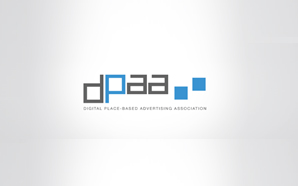 While the norms governing the Indian DOOH space call for a relook, certain regulatory developments around the world could serve as reference benchmark standards. The Digital Place Based Advertising Association (DPAA) in the US has released programmatic standards for the DOOH industry, as part of an ongoing process to facilitate DOOH transactions. The standards will benefit all stakeholders - buyers, sellers, brands and the ad-tech community - by expanding opportunities for buyers to target audiences and purchase DOOH media programmatically. The standards have been reviewed by Demand-Side Platforms (DSPs) and media owners.

Barry Frey, DPAA president & CEO, was recently quoted in a media report as saying: "In recent years, our annual survey of media planners consistently has shown that programmatic availability will lead to higher levels of spending on DOOH media, which is not surprising since programmatic boosts targeting ability, efficiency, speed of transaction and ROI. These standards put DOOH in a leading position for programmatic adoption, providing exciting opportunities and enabling broad-based compliance that even television and radio have not yet achieved."

Prohaska Consulting was tasked by the DPAA due to the firm's deep understanding of the programmatic marketplace, sensitivity to the complexity of DOOH media and ability to coordinate with existing Open RTB standards. Prohaska Consulting facilitated communications among DPAA members and other constituencies, developed the standards, obtained and incorporated feedback, and encouraged consistency across the ecosystem. In addition to DSPs, the Outdoor Advertising Association of America (OAAA) and Interactive Advertising Bureau (IAB) have also reviewed and weighed in on the standards.