The OOH campaign, which was rolled out on November 14 for a period of one week, was principally executed by Bright Outdoor Media 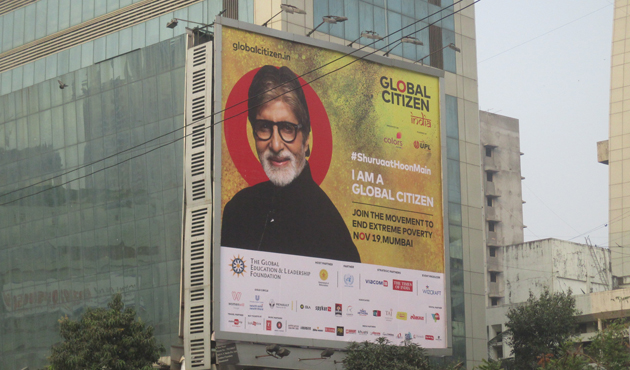 Global Citizen India, a movement involving like-minded individuals working collectively toward global change, was splashed on the OOH canvas in Mumbai. The campaign, which was rolled out on November 14 for a period of one week, featured on its creatives celebs like Amitabh Bachchan, Aamir Khan, Sachin Tendulkar and Farhan Akhtar exhorting people to join the movement on November 19 “to end extreme poverty”.

The organisation is observing the Global Citizen Festival India on that day. The campaign, deployed on large formats, was principally executed by OOH firm Bright Outdoor Media.