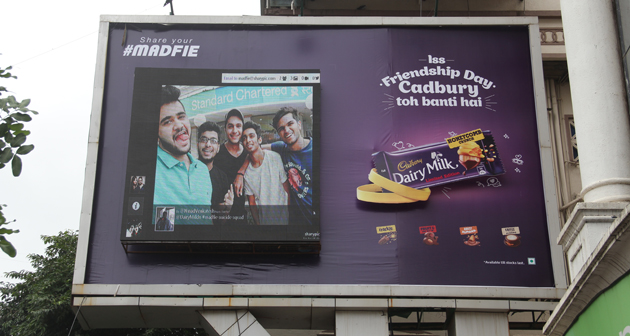 Mondelez India took a took a highly innovative path to promote two new Cadbury Dairy Milk flavours ‘Honeycomb’ and ‘Roasted Almond’ on the occasion of Friendship Day. The objective of the campaign, planned and executed by Posterscope India, was to ritualise the consumption of Cadbury Diary Milk chocolate on Friendship Day and co-create the brand as a symbol to celebrate the special day among the youth across SEC A&B markets. 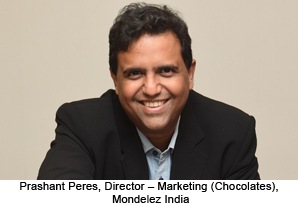 While sharing his thoughts on the campaign objective, Prashant Peres, Director – Marketing (Chocolates), Mondelez India, stated that Mondelez India has created consumption occasions with the aim of popularising chocolate culture in India.  Whether it’s celebrating the spirit of Diwali or strengthening the bond of Rakhi, Mondelez India has created a strong brand recall during these traditional occasions through its various well thought out campaigns. To appeal to Millennials and Gen Y, the brand now targets special occasions like Valentine’s Day and Friendship Day thereby creating newer consumption occasions.

Hence, he pointed out that “since special occasions like Friendship Day are celebrated by youngsters, our objective was to capitalise on this trend, ritualise consumption and sharing of Cadbury Dairy Milk bars during Friendship Day. There are some things that people only feel comfortable doing around their very special friends, so we created an integrated campaign to depict such candid moments of friendship.”

He added: “Mondelez India has constantly introduced innovative products to meet the evolving needs of millennials. The Friendship Day campaign was directed to reiterate Mondelez India’s position as leader in occasion-based marketing and connect with Millennials and Gen Y in India to spread joy.”

Peres explained that the campaign was leveraged by an integrated marketing approach that included a new TVC, on-ground activity, OOH innovation, digital and in-store activation in traditional and modern trade.  A special highlight was the social media campaign #Madfie that went viral, with people posting mad group selfies with their friends on social media.

In furthering the OOH campaign objective Posterscope planned and executed a digitally-integrated billboard in Santa Cruz that displayed Madfies posted by people on their twitter handles instantly using Twitter Live. It became a massive viral phenomenon with more than 461 filtered pictures going live on the billboard within an hour. The brand reached colleges and gave the students photoboxies and madfie placard to make the occasion more real and exciting. “The Mad selfie approach helped create buzz among teens and tweens,” said Peres. 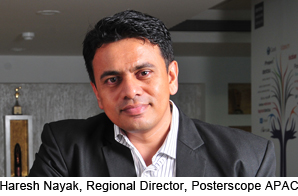 The overall campaign, rolled out during the period July 31-August 9, ran in 25 cities across 6 states. Posterscope strategically used billboards at locations that have large youth presence. The media mix included other than billboards, FOBs, unipoles, gantries, pillars, etc.

Speaking about the planning and execution of the campaign, Haresh Nayak, Regional Director, Posterscope APAC, commented: “What could be more rewarding than to work with one of the most dynamic brands. This was one of the most challenging assignments to bring the physical and digital worlds together with live updates. The creative and digital teams at Posterscope along with client support were able to pull off one of the first dynamic digital OOH activities in India”.

On the impact of the campaign, Peres commented that “there was lot of buzz created on social platforms before and during Friendship Day. We wanted to re-affirm and fortify the association of Cadbury Dairy Milk with special friendships and we were able to do so with the vehicle of the contemporary Madfie.”