The Bhubaneshwar-based OOH firm has acquired exclusive media rights for outdoors in Sambalpur, Balasore and 30 railway stations on the Puri -Palaka route 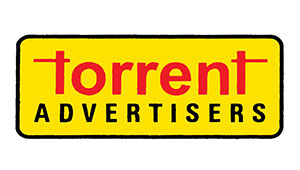 Bhubaneswar based Torrent Advertisers has acquired exclusive media rights for exterior premises at the Sambalpur and Balasore railway stations and 30 stations on the Puri-Palaka stretch to the South of Odisha.

Awarded by South Eastern Railway, the official formalities were completed in Balasore long before elections were held in the state and before cyclone Fani hit the state.

The contracts for Puri and Sambalpur railway stations, awarded by East Coast Railway, are still awaiting official proceedings to be completed.

The outdoor media for these stations is awarded by the tendering authority and it includes hoardings, kiosk, electric poles, LED boards and bulletin (small size billboards of 10’x10’ ft) outside the station premises.

“In Odisha, railway is the main transport for public. Sambalpur is the central railway station in eastern Odisha, and Balasore is the biggest town, having the biggest railway station in North Odisha, Berhampur is the prominent city in the Ganjam district. In these marquee stations outdoor media will have more visibility for brand advertisers. Now the budget for the advertisers after the cyclone and post elections shall be known to us in the coming days,” shares Niranjan Dash, Managing Partner, Torrent Advertisers.

The OOH firm feels that construction and infrastructure brands including those in the cement, iron roads, steel sheets, and asbestos segments are mostly likely to advertise on these media.