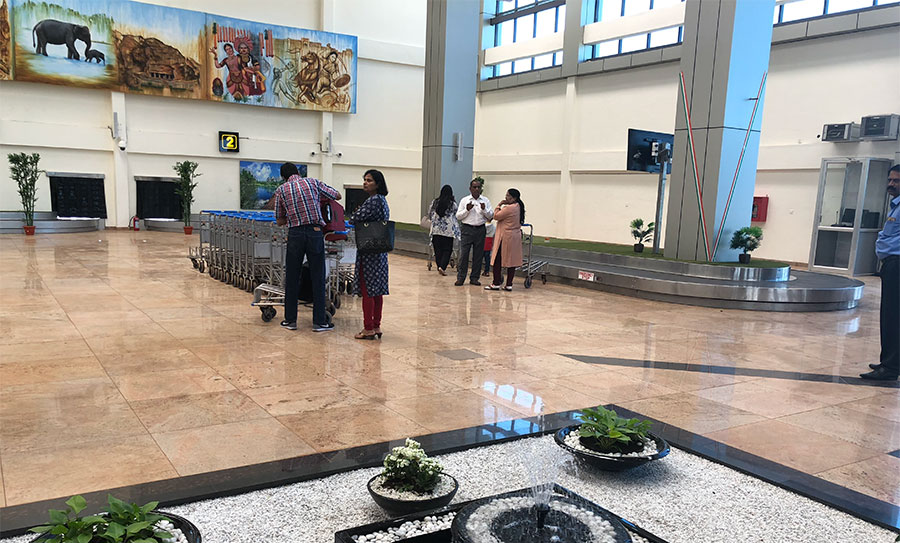 Leading OOH media firm Srishti Communications, which has strong footprints in the transit media space including the exclusive advertising rights at Trivandrum International Airport, has won the exclusive advertising rights at Hubbali Airport, tipped to become one of the busiest airports in northern Karnataka. Srishti Communications has won the Exclusive Master Concessionaire for Advertising contract at Hubballi Airport from Airport Authority of India (AAI) for a period of 5 years.

Commenting on the rights win, S Kumar, CMD of Srishti Communications, said that with Tier II cities like Hubballi, which is also part of the Hubbali Dharwad Smart City Project, emerging as the new economic growth centres, there is every reason to direct media investments at the airport that will become a key transit point for a wide cross-section of people residing in the city or those visiting there for business or to see the tourist attractions in the region.

The Hubballi Airport has well developed infrastructure that can handle large aircraft like A320. Domestic flight operators like Indigo, Air India and SpiceJet are all operating at the airport with full passenger capacity. Bengaluru-based Star Air will soon start its flights to Hubballi Airport, and with that the airport will have some 32 flights a day, connecting with cities like Bengaluru, Hyderabad, Chennai, Mumbai, Pune, Tirupati, Hindon near Delhi, Ahmedabad, Goa, Kannur, Jabalpur, Mangalore and Kochi. Also, Indigo is planning to start flights from Hubballi to Abu Dhabi, Kuwait, Doha, Singapore, Hong Kong.

Keeping in view the volume and profile of passenger traffic at this airport, Srishti Communications plans to put up international quality digital displays and hybrid displays at vantage points.

The traffic volume is expected to increase significantly considering that Hubbali is within close proximity of several major tourist attractions like Chalukyan temple cities of Badami, Aihole and Pattakal, Hampi, Doodh Sagar Falls, Mahalakshmi Temple, river rafting locations in the Western Ghats like at Dandeli, etc.

It is pertinent to note that Hubballi is an educational hub, also known as “Shiksham Kashi”. The city has major industry establishments such as those of Tata Motors, Marcopolo, Hitachi Construction Equipment, Telcon, Sankalp Semiconductors and IT giant Infosys. The city is seen as the second capital of Karnataka with a large number of government establishments and offices.