In his additional role, every effort will be directed to root out unauthorized media in the north zone of the city, as also introduce standard formats 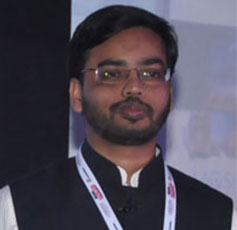 In conversation with Media4Growth, Jha shared, “The aim is to regulate the existing outdoor advertising and increase the advertising revenue by almost Rs 60-65 crores from the current revenue level i.e. Rs 30 crore”.

In the initial stage, he will look to eliminate illegal/unauthorised media in business in the North Zone. “We will apply the same modus operandi that was followed in SDMC area but there will be some modifications in the approach depending upon the physical areas”.

He is also planning to create clusters of different formats for the tendering process. However, that will take place after the General Elections Code of Conduct period is over.

He also shared that new media structures will permitted through fresh tenders to bring about a harmony in the formats across the city.