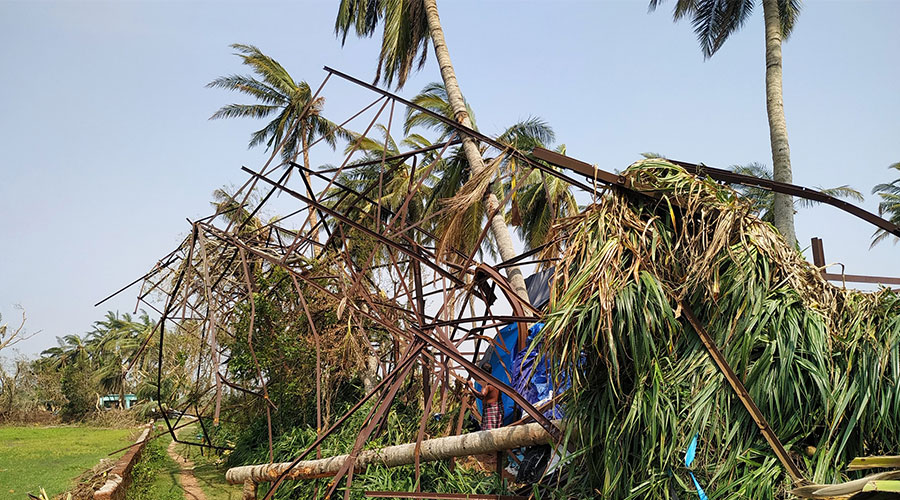 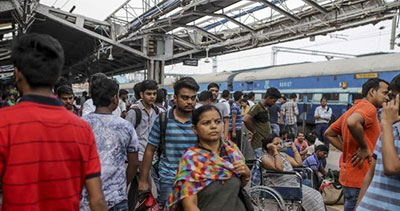 In the aftermath of the recent cyclonic storm that ravaged coastal Odisha, the outdoor market in the state has been majorly hit. Though efforts were taken to clear the static outdoor structures in the first cyclonic phase, the attempts were largely futile, given the scale of damage and the inadequate time intervals.

The cyclone at a wind speed of 170-180 kmph lashed coastal Odisha coast, between Gopalpur and Chandbari and right up to the south of the temple town of Puri, according to data obtained from the Indian Meteorological Department (IMD). Also, due to the election, very few manpower resources were available to bring down the large formats following the landfall that struck Puri and Khordha.

According to sources, there was 100% damage in Puri district and as a result, the Puri railway station has become quite deserted. It will reportedly take a lot of time for the railway authority to get the station restored. In the state though the industry is expected to pick up pace and recover the losses. As per industry sources, there has been an overall loss of around Rs 60 crore in the outdoor business.

Niranjan Dash, Managing Partner, Torrent Advertisers, said, “This is a huge setback to Odisha; Puri, Khordha and Cuttack were hugely affected. This is an appeal to the government, authorities and other local bodies to waive off the license fee on the hoarding structures for a few months in the 11 districts, as there will be no business in the coming months and this may be the only way to compensate for the losses and sustain ourselves in this critical situation and get back to our business.”

Usually this is that time of the year when demand for outdoor business in Puri is in full swing, due to the Rath Yatra festival which is held in July every year and which records a minimum of 10 lakh footfalls over 7 -10 days with 5-6 lakh footfall per day. After Fani, the restructuring of the collapsed outdoor formats will be hugely challenging in terms of the costs and time and may majorly impact the outdoor business associated with the Rath Yatra festival in Puri.

Other industries such as hospitality were also affected as hotels incurred almost 100-200% damage. Tourism came to a halt as flight services were suspended and this hugely impacted the outdoor business, which is highly driven by tourism in these parts during this time of the year.

As Niranjan Dash pointed out, “Overall this is going to adversely affect the entire business scenario.” He added, “Due to the unfavourable climatic conditions, it is not conducive to work in the noon. The only time we are working is in the morning and for a few hours in the evening but the work progress has been slowed down as the market is yet to recover the losses. We are clearing up the damages caused by the cyclone and are rebuilding new outdoor structures which will take about a month or two.”