Jim Liu, CEO of LabOut Advertising (Shanghai) China, will make a presentation on the theme of ‘Up & down in China OOH's digitalisation’ 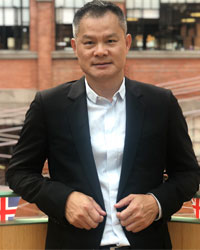 Jim Liu, CEO of LabOut Advertising (Shanghai) China, will speak on the theme of ‘Up & down in China OOH's digitalisation’ at the 14th edition of the Outdoor Advertising Convention (OAC) that will be held at the Renaissance Mumbai Convention Centre Hotel, Powai, Mumbai during July 27-18, 2018.

In 2005, Jim, as the head of Zenith China’s Integrated and Interactive divisions, was appointed to take over OOH to re-engineer from system to structure. In 2006, Jim joined GroupM China to set up Kinetic. Within 18 months, Kinetic China became the biggest OOH buying agency in China and made a record high growth of nearly 500% from 2007 to 2012. The business scale aside, Jim introduced many industry-first initiatives, like the annual China OOH Gallery 2008-2012, a monthly newsletter titled K Pulse for 100 consecutive issues, and a mobile ad monitoring system.