Proof of Performance takes one step forward in order to resolve the issue of monitoring and measurement by providing evidence of performance to the whole OOH eco-system. 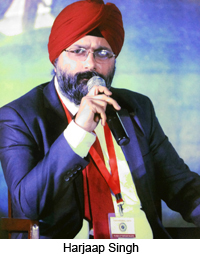 The whole OOH fraternity is trying hard to shore up the performance with accurate numbers and providing ROI to the brands since its inception. The nature of the medium has always been considered as a biggest hindrance in monitoring the medium. However after lot of praxis, Proof-of-Performance (PoP), an OOH data service company came up with a new tool- Drive ThrOOH, which provides the accurate data along with the evidence.
Drive ThrOOH tool will video-graph the outdoor medium in order to monitor the campaigns which will also be supported with the performance evidence. The objective is to provide the much needed data to the industry, where the tool can be used for the planning, compliance monitoring and analysis (PMA). The Drive ThrOOH data is meant to target the brand owners who hesitate in spending on OOH medium due to loss of measurement and transparency.

A Drive ThrOOH device is designed with a camera installed on vehicle that capture the videos of the landscape which are then processed by proprietary software and image processing algorithms, besides going through a manual quality check. The accuracy of data will be ensured by building encryption; time stamping, geo-coding and digital signing on the video platform.  The interested parties can obtain the video analytics from cloud based platform, christened Earthive. These videos will be captured through a pre-defined drive within the city on fortnightly basis.
The vehicles will go according to a week plan, which will be changed constantly to capture the OOH environment during different travelers time. Also, the vehicle will travel on a certain level of speed to capture the entire outdoor environment. Around 45,000+ media assets across 30 cities have been plotted on the maps. The video will capture the entire landscape that is estimated around 95% of the cities. The vehicle will travel 11,000 km each fortnight and capture 600 hours of video which is equal to about 2 tetra bytes of data in each visit. 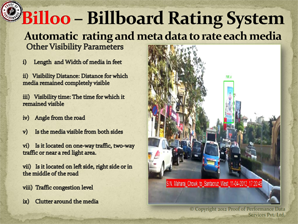 Better accountability
The Drive ThrOOH tool is developed to overcome the flaws of previous monitoring system. Traditionally, outdoor advertising data was collected through using still photographs of the media assets, on various stretches and routes. Apart from making it cumbersome to manage huge amount of data, the method allowed for ambiguity, as some data could have been missed or there could be valid concerns about the accuracy of the data. The date, time and locations claimed in photographs could also be tampered with, and such incidents were damaging the credibility of the Industry as a whole.
Many reputed advertisers were on record saying that they spend less on OOH due to this lack of accountability and data about measurement. However the Drive ThrOOH collects the high definition videos and allied data such as GPS coordinates will be mined to extract the required business intelligence. The tool will be analyzed by professional software which can help in extracting the business intelligence, for instance which billboard is present at which location, which brand is advertising on that, who advertised on the previous fortnight and so on. The Drive ThrOOH data will also provide the various data like trends about how much categories are spending, which parts have been used by a certain category and etc.

"Initially we faced lot of difficulties and due to that we had to innovate. When we started doing the monitoring exactly the way industry had been doing. As a result, we also ran into the same problems that industry had been facing from so many years and we could never establish that the data is correct. Accuracy for data was very important and we were not sure and not able to bring the credibility via still images. Then we opted for videos. But the video data was huge and to sort that we developed our own software and analytic process and the whole process evolvedâ€, shared Harjaap Singh Mann, MD, Proof of Performance.

The data provided by the tool is designed to aid the whole outdoor industry .i.e. media owners, media planners and brands, in their particular required ways. The extracted data will be put into the visibility index which will describe the parameters related to the site and visibility. For instance, the duration of visibility for that given traffic, angle to the road, height and demographic profiles, nearby points of interest and etc.  All the visibility index data will get exulted on map which can be used from planning point of view.  The data will be released on monthly basis which can be used by media planners. 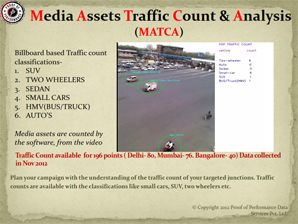 Media owner fraternity, who suffers the most due to absence of monitoring tool, will come on level playing field with the usage of this data.  The asset owners can become the part of the system and can compete on the basis of videos. They can showcase their sites condition and quality along with the traffic going on. With the help of the scientific data, media owners can demand the price that they find worth to their sites. And during the collateral damage or sites that are genuinely not good, the advertiser could be rationalizing the price, subsequently media owners can take the advantage of the data in negotiating slightly better. Moreover, the company will also give access to a free Media Owner Control Panel (MOCP) to asset owners, to update/manage the inventory, receive booking inquiries and maintain records, create reports and plans.
Brands who are the desired target audience of Drive ThrOOH will get the performance details along with the ROI measurement. The entire stretch and traffic will get covered in the video which can provide a detailed scientific data to the brands. A traffic count system has also been developed that could use the recorded videos and count the traffic and classify it into small cars, big cars, SUV's, Two Wheelers, Buses/Trucks, pedestrians etc. This will help the brands in selecting the sites according to their desired campaign and promotional activities. This data will not only push towards the brands that are already utilizing OOH medium, but mainly considered on those who doesn't spend on the medium.

With an aim to provide a complete support to the Drive ThrOOH users, Proof of Performance will be providing 360 degree services to the outdoor industry. The company will also provide an OOHtification (term coined from OOH and certificate) on demand. This certification will compliance audit which certificates the details of the campaign. The company has taken another step by setting up a 24/7 call centre- technical management helpline. Whenever any defects get notice from anybody, the information can be given to the call centre, which will notify the agency and the media owner about the defect. This will benefit during the billing dispute as it will showcase the defect occurring time till rectifying measured by the Drive ThrOOH.
Proof of Performance has already initiated introducing the tool to the brands and received a segregated response as the brand owners never thought that this can't be done for outdoor medium. Harjaap feels that if such advertisers can start putting their faith, on the strength of these tools, the hard work would have been rewarded. Since the data is not affiliated to any media agency or media owner, the growth of the Industry as a whole is its focus.
Tags : Proof of Performance Drive ThrOOH
Advertisement