The campaign consisting of film, print, and OOH, is conceived by Dentsu One 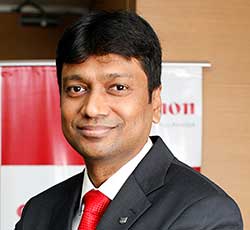 With an increasing passion for photography, Canon has created a campaign with the tagline, ‘Do Great with Canon’, to promote its range of EOS DSLRs appealing to such audiences who have the photography bug, so to speak, to take their first step towards the journey of photographic excellence,

The campaign consisting of film, print, and OOH, is conceived by Dentsu One. Began with TVC, the campaign will follow to OOH space in the coming days.

On occasion of launch, C Sukumaran, Director, Image Communication Products & Consumer Systems Products, Division says, “At Canon, it has always been our endeavour to empower consumers to excel in the art of photography. Through our 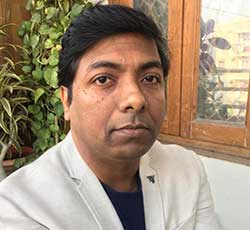 ‘Do Great with Canon campaign’, we want consumers to explore the possibility of taking great images out of ordinary everyday moments with Canon DSLRs. The team at Dentsu One has conceptualized a great campaign to drive this message to our consumers.”

Speaking about the campaign, Auryndom Bose, Group Creative Director, Dentsu One says, “We live in an age of cool gadgets. And a DSLR that feels like anything less than that - won’t reach out to this new crop of photographers, who are beginning to find their feet and fame on Instagram. The idea that life around you could be pushed to greatness by simply looking at it through a DSLR became both the story and the strategy of the creative.”

Sunita Prakash, Senior VP, Dentsu One adds, “The platform idea of ‘Do Great’ is 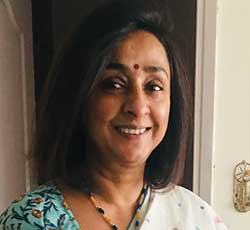 large enough to encompass the entire range of DSLRs – from entry to high end professional series. In this instance, the campaign premise is based on Gen Z’s desire to excel at whatever they choose as their passion point. Their journeys are not about doing just good…or good enough…which is reflected in whatever they do. And DSLR is their ally in going from 'Good enough' to 'Great' in photography.”