The 1st Transit Media Talks Conference, to be organised at Courtyard by Marriott hotel in Mumbai on February 28, 2019, will direct focused attention on the big media investment opportunities in the transit segments, viability of transit media investments in the medium- to long-term, and ways to enhance the attractiveness of transit media for brand advertising 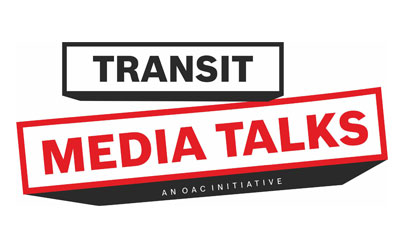 India is witness to an unprecedented expansion of its transit infrastructure sector spanning airports, railways, Metro networks, urban road transport systems, long distance bus services, app-based hail cab fleets, among others. Civil Aviation Minister Suresh Prabhu had said in September 2018, as quoted in Times of India, that the Government plans to develop 100 new airports at a cost of Rs 4.2 lakh crore over the next 10-15 years. The country’s aviation sector has already become one of the fastest growing aviation sectors in the world, recording double-digit traffic growth for 50 months at a go.

According to an IATA report, India’s civil aviation sector is expected to overtake those of the UK, Germany, Japan and Spain in the next 10 years to become the world’s third largest civil aviation market. Responding to a query in Parliament, Minister of State for Civil Aviation Jayant Sinha had said that air passenger traffic in the period January-October 2018 had grown by 20% over the corresponding period of the previous year. The civil aviation industry growth augurs well for airport media advertising, which itself has seen remarkable growth. In 2018 alone, Airport Authority of India (AAI) had successfully awarded media contracts at a significantly large number of airports in Tier I and II cities, clearly pointing to growing advertising interest in this segment.

The Metro rail networks are coming up in a big way across the country. Delhi Metro Rail Corporation (DMRC) has been at the forefront of this infrastructure expansion. The DMRC network is now the 4th longest Metro network and 16th largest in terms of ridership. Kolkata Metro, the oldest Metro network in the country, is now its expansion phase. Other operational Metro networks in the country – in Gurgaon, Mumbai, Chennai, Lucknow, Kochi, Bengaluru, Hyderabad, Jaipur – are all having expansion plans, and their ridership figures are also increasing fast, pointing to brighter advertising prospects there. As such, Metro networks offer a wide range of advertising opportunities – from station branding, Metro pier media and station exterior branding to in-train advertising, train wrap and various activation opportunities.

Likewise, Railway media has also seen widespread changes. On one side, the divisional commercial offices have regained the responsibility of awarding media rights to advertising firms after an unsuccessful attempt on the part of the Non-Fare Department to consolidate the rail media packages to attract large investors, and on the other side, railway station infrastructure is being upgraded in a big way, with the Indian Railway Station Redevelopment Corporation (IRSDC) tasked to redevelop some 100 stations to begin with, followed by the redevelopment of 500 stations in all, down the years. As the main railway stations get upgraded to level that they start to have environments and facilities like those at the airports, new advertising avenues will get created there. Huge captive audience, modern train systems, tech-driven passenger information systems, and modern station infrastructure will all give a major boost to railway media advertising.

With state governments also upgrading the public bus transport stations in key cities, advertising in this sphere is looking up.

The rapid transit infrastructure development, and a large India ‘on the go’, will make transit advertising media perhaps the most promising segment of Indian OOH industry. Against this backdrop, the 1st Transit Media Talks Conference will be organised at Courtyard by Marriott in Mumbai on February 28, 2019.