In association with Laqshya Media Group, the brand is offering a month’s free subscription 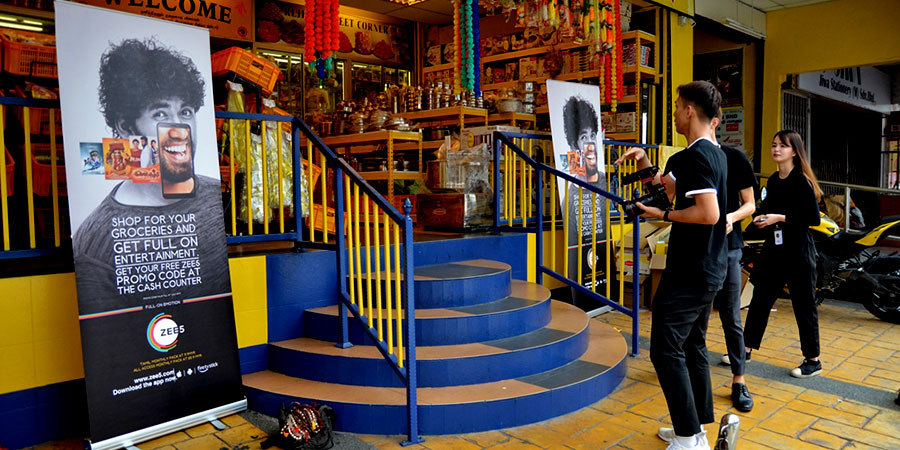 ZEE5 partners with Laqshya Media Group to execute an on-ground promo activity targeting Tamil audience residing in Malaysia. ZEE5 tie-up with local grocery stores giving them a promo code to distribute to the Tamil and other languages speaking target audience giving them a month’s free subscription.

This campaign has been launched to spearhead ZEE5’s drive and progress into new international markets, providing original and fresh content driven entertainment in native languages and English worldwide. ZEE5 is the fastest growing OTT platform in India, it has been on a major expansion drive with a focus of bringing engaging content in various Indian languages to Indians residing worldwide.

Speaking on the campaign, Satyabrata Das, Head Strategic Alliances, Laqshya Media Group & COO, Mediakeys India, said, “The consumption of OTT content has been on a rise ever since the inception of this platform. ZEE5 is all about original content that is edgy, exciting and a hundred per cent freshly conceptualized offering. It was a pleasure to have worked with ZEE5 on their foray in Malaysia. Our local team has helped us in putting all pieces of media communication together seamlessly to reach out to the TG. We look forward servicing them at our best in all their future global venturing out plans.”