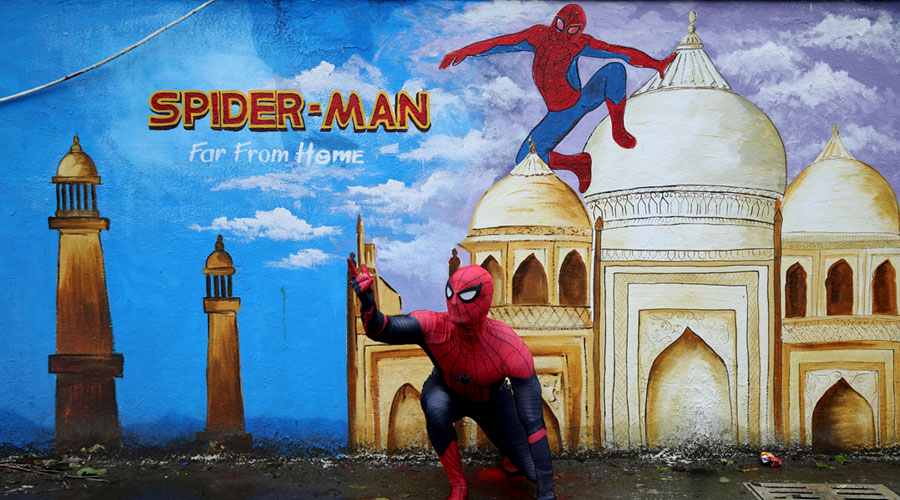 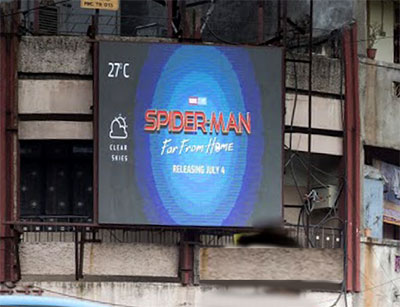 Traditional OOH advertising, which is either static or pre-set to rotationally run on digital screens, has now become a blind spot for frequent passers-by due to its redundant messaging for days. Sony Pictures along with Dentsu Webchutney used its programmatic expertise to serve dynamic creatives real-time on outdoor billboards, which were triggered by weatherevents, to make it contextually relevant to the viewers.

In order to familiarize the audiences with the villains (the Elementals) the campaign leverages real time weather conditions to show Spider-Man fighting them, on an outdoor hoarding. Using artificial intelligence, changes in weather conditions and temperature were tracked real-time on the billboard. With every change, Spider-Man fights the relevant elementals - Water elemental while the on-lookers themselves were dealing with the rains, Wind elemental when the breeze blew across clear skies, and Fire elementals when the temperatures soared, all in dynamically changing motion graphic. 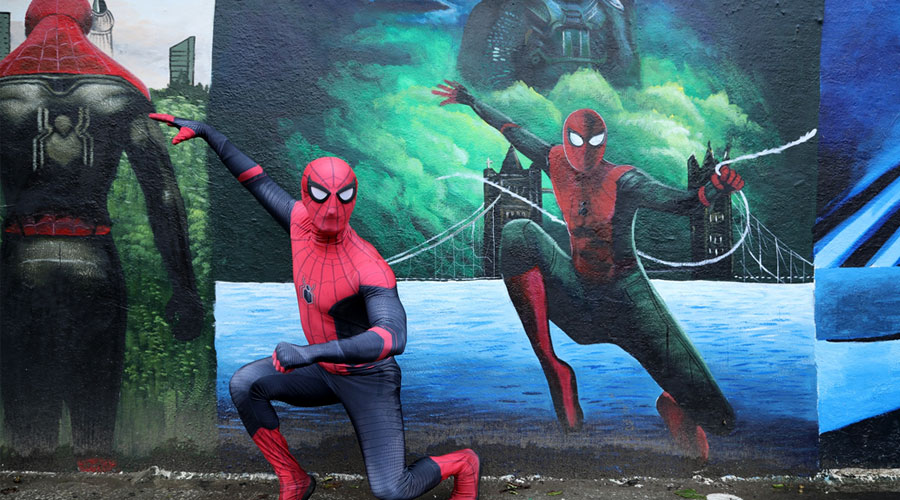 Shony Panjikaran, Director & Head of Marketing, Sony Pictures Entertainment India (SPE India) says, "Sony Pictures Entertainment India has been at the forefront of pioneering breakthrough initiatives that engage audiences with our films in exciting ways. We are proud to have launched these innovative weather OOH for 'Spider-Man: Far From Home', as it’s going to familiarize audiences with the most unique villains in the Spider-Man Universe - The Elementals, in the most unique way possible."

“Being a legacy film with a widely recognized and favorite super hero, Spider Man, the task was to bring alive the key unique selling point for Spider-Man – FFH, in an innovative way. We were able to arrive at our solution, by marrying the Elementals of the film with ad-tech, to bring alive real time relevance on big outdoor spaces. The ideas was to not only direct attention to the motion graphic, but also bring alive the wow-factor for the film,” says Chirag Chandiramani, Associate Media Director, Dentsu Webchutney.

To build direct connect with masses, the production also roped in Active Media Innovations which executed lively activations to engage the audience. A set of huge graffities were drawn on the walls of different cities such as Delhi, Mumbai, Pune, etc. This gave Spider-Man fans a photo opportunity that further got enhanced on social media.