The central theme of the branding exercise was to inform the truck drivers of the stress-relieving qualities of the ayuverda oil; RoadAds executed the branding and onground activities 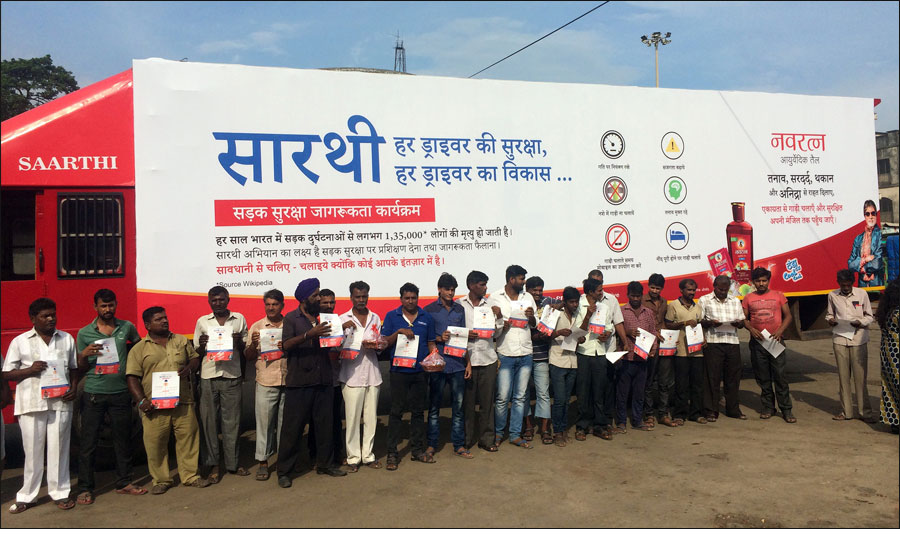 The Ayurveda oil brand Navratna, a product from the Emami group, was promoted in a unique manner through truck branding and awareness building programmes conducted for the benefit of truck drives. The central theme of the branding exercise was to inform the truck drivers of the stress-relieving qualities of the ayurveda oil and how it can also help them overcome fatigue and sleeplessness. Truck advertising agency RoadAds executed the branding and onground activities.

Executing a branding exercise of this nature was riddled with challenges. First of all, the target audience being always-on-the-move, it was essential to connect with them at select places like transport hubs that are typically located in the outskirts of cities and towns. It was equally challenging for the brand to take the messaging to a largely semi-literate audience. Added to that, the truck drivers with their ‘know-it-all’ approach were not so open to the idea that they need to sensitised on road safety.

In keeping with the challenges, RoadAds developed a module whereby the experienced drivers could learn something new in an interesting and innovative way. Hence, instead of waiting for them to come and join, the Saarthi training van travelled to the highway transport hubs and ‘dhabas’ and reached out to the drivers directly at their locations. Different activities were conducted during the campaign using innovative methods

Innovative methods were used to educate the highway truck drivers with the help of VR devices and tabs to show them movies on road safety, which the drivers found very novel. This was complemented with communication pamphlets on road safety tips.

During this entire campaign, Navratna offered free samples and complimentary head massages to the participating drivers. The brand also provided Accident Insurance Policy and First Aid box to the beneficiaries.

Some of the key highlights of the exercise were:

Through this campaign, the brand reached out to more than 5,000 highway truck drivers in a period of only 1 month and educated them about road safety measures. A 32 feet long truck with a huge brand visibility element, kick-started from Bhiwandi, Mumbai which is one of the largest transport hubs in India and reached major transport hubs covering more than 4,000 km along 7 states of Maharashtra, Gujarat, Rajasthan, Delhi NCR, Uttar Pradesh, Bihar and West Bengal.

5000+ drivers (TG) individually engaged and registered through campaign and were educated on road safety measures. Total impressions were 52,600.

In the seven states wherein the campaign was promoted, brand Navratna Oil received good feedback from their retailers on the boost to sales. A feedback survey was conducted to analyse the impact of the campaign wherein truck drivers educated through ‘Saarthi ‘were interviewed and the results were outstanding.

The ROI achieved through this campaign was the long-lasting positive relationship and emotional connect that was established directly between the brand and the TG (Drivers) for years to come.

On its successful completion, the “Saarthi” campaign has bagged the honour of being featured in India Book of Star Records for ‘Educating maximum number of truck drivers on Road Safety in one month’. 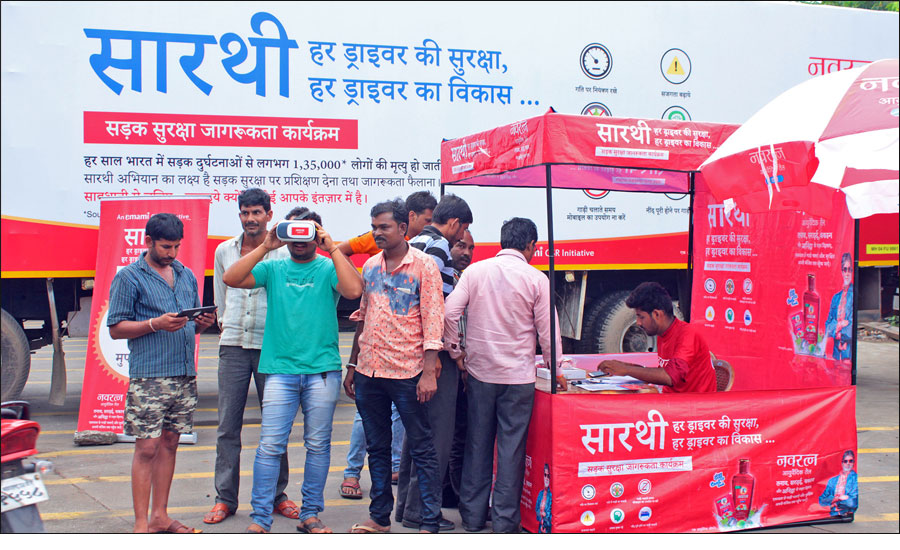