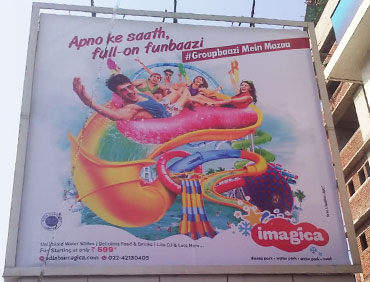 This summer season, with vacations and festivities being part of the line-up, Imagica has accelerated its campaign with 360° reachability. Using various formats such as OOH, mall activations, digital media etc., the amusement park brand has launched its exclusive, holiday campaign.

Spread across various OOH formats, Imagica attempted to showcase the variety of thrilling rides it had to offer visitors. From rollercoasters to water-rides, the campaign highlighted various features to connect with the audiences on the streets.

The summer months of April, May and June, along with October, November and December are the peak periods for Imagica, which is reflected in 360° marketing campaigns. Mumbai saw the campaign’s presence on bus shelters, billboards, hoardings, unipoles and other formats.