Roshanspace sent in the winning entry for the National Public Service Campaign - Creative Competition announced by the IOAA. 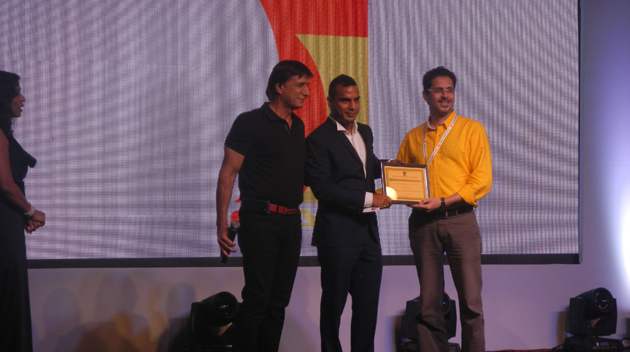 The Indian Outdoor Advertising Association (IOAA) announced its National Public Service Campaign - Creative Competition for Advertising and Media Agencies and Students on April 2015, on creating a campaign to bring home a key message of the Swachch Bharat initiative - Stop Spitting on Public Property!

The campaign received entries from all quarters of the country and winners of the competition were announced at OAC 2015, Mumbai. The winning entries came in from Roshanspace, Cornerstone Communication and Outdoor Advertising Professionals, who secured the 1st, 2nd and the 3rd prizes respectively.

The winning entry is to be exclusively displayed on OOH media like hoardings and bus shelters all over India during the time these are not booked for commercial advertisements. A first of its kind, the competition created exclusive campaigns for OOH Media on a prominent public service theme, in what the IOAA promises will henceforth be an annual event.  Participants also have the permission and approval to enter for international advertising competitions.