Through his career of nearly three decades, Rana Barua is known for being a progressive business leader who has turned around companies, created award winning cultures and built successful corporates across advertising, marketing, and media. The media industry, among the hardest hit by the Covid-19 crisis, is rapidly evolving, spurred by accelerated adoption of adtech, changing media consumption patterns and a raft of creative solutions. In the midst of these developments, OOH -- that had been ensconced in its own silo for long – is witnessing transformative changes that will potentially give this media channel a greater part in what is widely recognised as the era of integrated communications. What is also of the essence is the advertisers’ requirements in this emerging scenario and how OOH stacks up in their consideration universe. How well would OOH sit in the integrated media plans of today? Are mainline agencies seeing a more meaningful role for OOH in the plans, especially in the wake of DOOH growth and adtech application in the OOH space?

Rana Barua, Group CEO of Havas Group Indiawill be sharing his perspectives on the theme of‘How a tech-driven OOH finds a defining role in integrated brand communications’ in a fireside chat at the at the 16th Outdoor Advertising Convention (OAC), to be held at Westin, Powai Lake, Mumbai on August 17-18, 2022.

Rana Barua is a reputed leader in the Indian advertising industry and is also one of the youngest Group CEOs leading a diverse agency network in the country. Through his career of nearly three decades, Rana is known for being a progressive business leader who has turned around companies, created award winning cultures and built successful corporates across advertising, marketing, and media. He is also known for his close involvement in corporate governance, sustainability, and policy making.

Currently, the Group Chief Executive Officer of Havas Group India, he is not just leading India’s fastest-growing advertising network but is also growing an entirely new generation of leaders, through collaboration and integration.

With an illustrious career of nearly three decades, Rana has led esteemed organisations such as Contract India (a leading WPP creative agency) and RED FM (India’s leading radio network). He has also held senior leadership profiles in Radio City (as marketing head) and multiple WPP agencies (JWT, Ogilvy & Rediffusion Y&R), where he has spent a major part of his professional life.

Rana is one of the strongest advocates of the Indian advertising industry. This reflects in the various industry initiatives and award shows that he has actively participated in over the years. - including Grand Juror at Afaqs Foxglove Awards 2021, DMA EchoAsia, and AME Awards. He has been Jury Chair at the SAMMIE awards. He has also been a jury member at several key awards including, New York Festivals, Apac Effies, exchange4media News Broadcasting Awards, IMPACT's 50 Most Influential Women List 2020, Radio Forums, and many others. And he is also Esteemed Advisory Member at Indian Telly ADz Awards.

Rana is also passionate about policymaking and changes in the overall advertising industry and therefore plays a prominent role in several industry bodies. Since 2021, he has been the Vice President of The Advertising Club (TAC) Mumbai, the marketing and advertising industry’s apex body. He is on the Managing Committee of the IAA – India Chapter and is also the Honorary Treasurer of the Advertising Agencies Association of India (AAAI). Rana has played a pivotal role in the resurgence of the Abby/One Show and the tie up and was Chairman of the AGC – The One Show Ad Club Abby for 2022.

As CEO of Havas Group India, he is also part of the governing council of The Indo-French Chamber of Commerce & Industry (IFCCI), which provides its members with a business platform by giving them access to sector-specific information, networking opportunities and exchange of business ideas.

Havas Group India being part of the UN Women Unstereotype Alliance is another association that Rana has spearheaded as it began its India chapter. It is a groundbreaking take on gender equality where harmful stereotypes in advertising are being tackled. The Alliance’s work is even more crucial as it aims to centre its work in India on broadening the representation of women and girls in non-traditional roles in advertising with a focus on women returning to the workforce. It is a clear indicator of Havas Group’s commitment to driving gender diversity.

Rana also presides on the board of many leading companies across the Havas Group and is actively involved as a speaker at leading MBA institutions across the country.

OAC 2022 will be addressed by eminent leaders from diverse spheres. 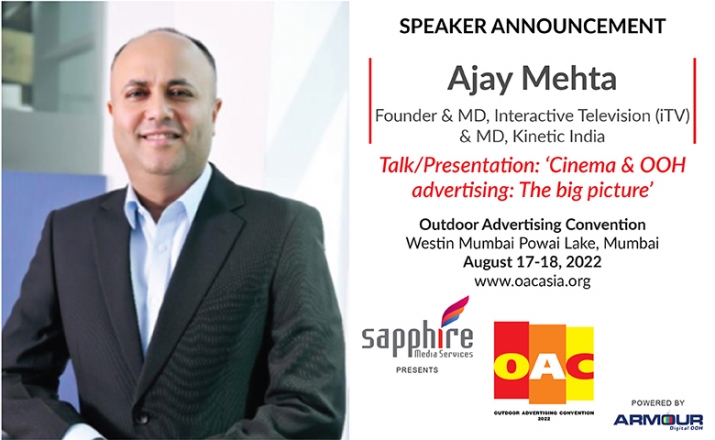 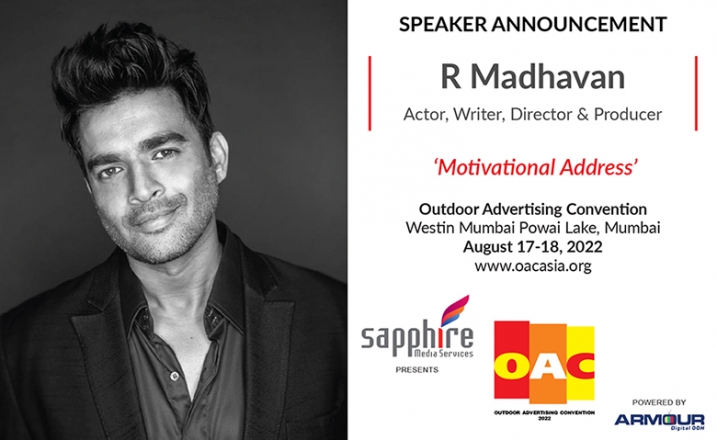