The Outdoor Media Association of NZ (OMANZ) announced a strong start to 2013, and sees OOH firmly becoming entrenched in the media mix for the future. 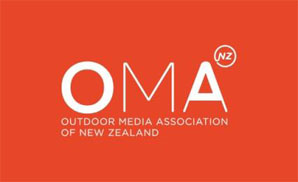 The Outdoor Media Association of NZ (OMANZ) announced a strong start to 2013 with Q1 revenue numbers reported. The industry's gross media revenue increased to $15.4 million as compared to results of $13.3 million for the same period in 2012.  The increase of 16% has been witnessed in 2013. "This is a great start to the year for the outdoor sector, especially coming off the back off a slower 2012. Key macro and media indicators point to a more positive year for out-of-home advertising and continued growthâ€, said Jo Davenport, Marketing & Communications Manager, OMANZ.

Jo added, "No matter how you look at it, OOH is firmly entrenched in the media mix for the future. The closer an advertising message is to people as they live their everyday lives the more meaningful it becomes in terms of connecting with that audience. That means as other media audiences fragment OOH retains its relevance. Outdoor is well-positioned to leverage its unique advantages and provide real cut-through for brand campaigns. OOH is such a visual medium, and great creative helps to effectively drive an advertising message. We're committed to supporting a strong advertising industry that celebrates creative excellence - and the continuation of our association with the 2013 AXIS Awards allows us to do that.â€

Plans are for another busy year for the OOH sector with media member operators investing in the future direction of the industry. This commitment to the sector was highlighted with both Adshel & iSite Media being selected as two of the four finalists in Media Brand of the Year category at the recent CAANZ Media Awards, with iSite Media awarded Highly Commended Media Brand of the Year. OMANZ is also working on new initiatives, and will continue to raise the profile of OOH advertising, including the continued sponsorship of the Out-of-Home category at AXIS 2013.