Collaborates with Vyoma technologies to intensify its 2017 campaign across 279 railway stations in 7 states engaging with 10 crore people every month. 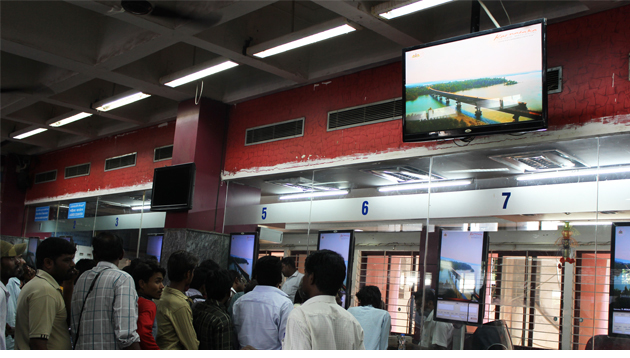 From showcasing eco-trekking along the scenic Western Ghats, to the celebration of the iconic Golden Chariot, Karnataka Tourism intensifies its 2017 campaign with its creative collaboration with Vyoma Technologies. The association falls strategically in-line with the elevated impact and increased awareness Karnataka Tourism is looking to create across highly dynamic, engaging and measurable mediums in the country.

With the 2017 campaign titled ‘Year of the Wild’, looking to appeal to audiences across demographics, geographies and age groups, Vyoma’s displays, which are powered by curated audience engagement, enables a reach of over 10 crore people a month. The campaign is currently running across 7 states including Maharashtra, Telangana, Bihar, Gujarat, Andhra Pradesh, Rajasthan and Karnataka.

Speaking on the potential of the medium and creative approach of Karnataka Tourism, Shriranga K. Sudhakara, MD, Vyoma said, “Karnataka Tourism has been at the forefront of adopting innovative mediums, and we are very excited to partner with them and provide the massive reach of Indian Railways on a digital tech platform that offers both measurability and engagement.”

Karnataka Tourism has been leveraging on major mass transportation touch points like the Metro, Airport, Bus terminals and now the massive Indian railway reach is there to amplify this campaign.