Global advertising and research architect Tony Jarvis, Proprietor & Research Architect at Olympic Media Consultancy, will hold discussions with heads and representatives of OOH media owning firms, OOH specialist agencies and advertisers in New Delhi, Mumbai, Kolkata and Lucknow during January 10-16 to make an assessment of the ground realities to be considered for developing an OOH audience measurement system for the industry 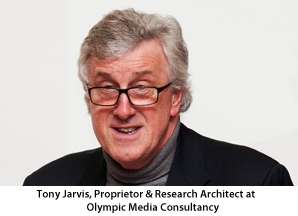 Indian Outdoor Advertising Association (IOAA) has arranged for global advertising and research architect Tony Jarvis, Proprietor & Research Architect at Olympic Media Consultancy, to visit India and hold discussions with heads and representatives of OOH media owning firms, OOH specialist agencies as well as advertisers on the ground realities to be considered while designing an audience measurement system for the industry. 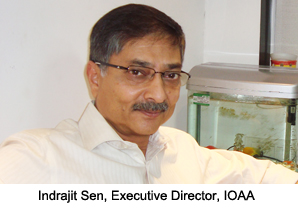 Jarvis, who has been appointed as the lead consultant to IOAA for this much-anticipated project, will build a detailed project report (DPR) based on his discussions with the industry and his own observations while surveying the markets. Meanwhile, IOAA is in discussions with the Indian Society of Advertisers (ISA) to form an independent body - a not-for-profit company called Outdoor Media & Audience Research Council (OMARC) - with IOAA as the major shareholder, and specialist agencies and advertisers as other shareholders - which will drive the project and own the audience measurement tool.

Based on the DPR, OMARC will mobilise funding for the project from the industry stakeholders, and with Jarvis as the lead consultant, will call for request for proposals (RFP) for taking up the research project for developing the measurement tool. IOAA Executive Director Indrajit Sen told Outdoor Asia that given the complexity of the project, groundwork and building of the DPR will take 1-2 years.

Jarvis has played a key role in the development of'Route' (earlier'New Postar') in the UK and'Eyes-On' in the US. He has worked closely with OOH industry bodies, both in the developed countries as well as developing countries like Turkey and Pakistan. In his own view, a robust audience measurement system is a definitive way for the OOH industry to accelerate revenue growth and attract more advertising brands.