The mall connects with emotional quotient via 360 Degree advertising platform. 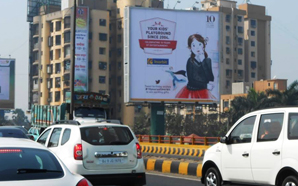 Inorbit Mall celebrated its 10th Anniversary in Mumbai with a bang. The mall leveraged the occasion to rekindle the relationship with its target group. In association with DDB Mudra agency, a 360 degree campaign was organized where OOH comprised as an integral part. The objective of the campaign was to re-connect with the audience in the catchment areas and make them aware of the new offerings and lead them to explore the mall.

The celebration was visible across OOH mediums, BTL activities and ambient points. Totally 9 outdoors sites were taken between Andheri and Kandivali, in and around the location of Inorbit Mall to create the buzz on the roads. The campaign, which began on January 24th onwards, has a visual rendered in a comic and a copy copy stating,'Turning ahead Since 2004' driving home the message.The creative depicts the emotional connect between the audience and the mall over the years and the printed message highlights the profiles of customers who have visited the mall and the way Inorbit has been a part of everyone's life.

A live LCD screen was put up at strategic and ambient locations wherein the tweets were made visible at the mall, and the best tweets from customers were awarded with gift vouchers. As part of the BTL activities, the on-ground event celebrating the occasion was supported by a lot of ceremony and buzz in and around the malls facade, the main atrium, NGO activities and gift presentations.

The challenge for the team was driving footfalls to the mall, amidst other events and activities happening in other malls on the occasion of the Republic Day weekend sales.

The campaign was executed by dividing the campaign into important categories such as Food, Fashion and Entertainment. 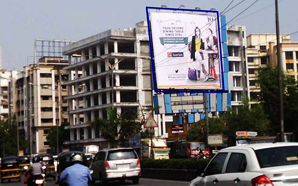 "It's a very proud moment to be associated with our patrons for over a decade and create a meaningful social space as a brand INORBIT. We have grown with generation, technology, consumer preference and to keep up with the pace, we always bring something new and innovative to the floor. Over the past decade, INORBIT Malad  has seen a sea change in our mall set up, decor and ambience with the addition of new-age brands across fashion, food & entertainment categories.  The idea was to bring back the memories and rekindle the relationship with our audience and through the print, radio, outdoor and digital campaign, it was successfully captured. In social media space we initiated a tweet contest with'10years of Inorbit' in sync with our main line campaign. The on-ground activity was complimented with a 3-day grand decor and a mega event with lots of fun, engagement & a mega prize of Car to the winner,â€ said Puneet Varma, GM Marketing & Corporate Communication, Inorbit Malls (India) Pvt. Ltd.
Commenting on it further, Amman Mannan & Ashish Phatak, Group Creative Director, DDB Mudra West said, "We along with the client wanted to leverage the occasion as a means to invite the audience who have been instrumental in helping us complete these 10 glorious years, which none of the competitive brands has achieved so far. Keeping the main objective in mind, the overall campaign touched the key points that the mall offers Food, Fashion, Entertainment and built emotional real-life stories that customers could connect with, and acknowledging the fact that their presence has made a big difference to Inorbit Malad.â€