India will grow into a hub for IoT Solutions: Deloitte TMT Predictions 2017

Deloitte believes that advertising expenditure will continue to grow, leaving behind the temporary set-back that it encountered on account of demonetization. 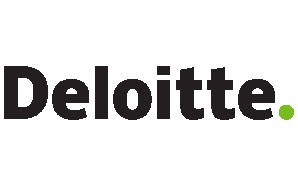 As per a Deloitte TMT Predictions India edition, Internet of Things (IoT) is going to be the next big thing for operators as India will rapidly grow into a hub for IoT Solutions. The market value of IoT is expected to reach $9 billion by 2020. IoT units in India are also expected to see a rapid growth of 31 times to reach $1.9 billion by 2020.

The 7th edition of Deloitte India’s predictions for the Technology, Media & Telecommunications (TMT) sector in India highlights that even with over 750 million cards in circulation and significant growth, mobile-based and digital payments will eclipse physical card payments. Innovative payment channels adopted by traditional and new age companies coupled with Government backed systems such as Aadhaar Enabled Payments Systems (AEPS) and Unified Payments Interface (UPI) to have a positive impact on mobile and digital payments.

Deloitte India predicts that technology industry in India may witness an earlier arrival of 5G in India. Deloitte believes that in order to understand the economics and performance, some operators may take intermediate steps and evolve from LTE to LTE-A and LTE-A Pro, in preparation for 5G.
Some of the other findings from India edition of Deloitte TMT predictions 2017 include: