With Indigo and Spicejet flights shifting operations to Terminal 2 of IGIA, more brands are likely to be drawn to the advertising opportunities at the terminal, considering an additional 120 odd flights will be operating from there 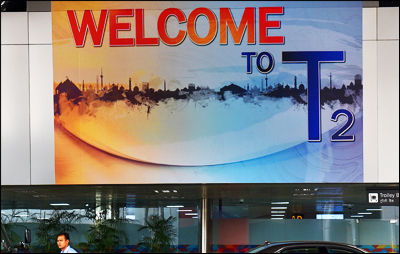 No-frills carriers Indigo and SpiceJet are shifting a significant number of their flight operations at the Indira Gandhi International Airport, Delhi to Terminal 2, which will likely buoy the advertising prospects at the terminal considering that passenger traffic will increase there.

As per a statement released by Indigo, around 102 flights numbered from 6E 2000 to 6E 2999 which includes flights to Bengaluru, Chennai, Amritsar, Bhubaneshwar, Raipur,Srinagar, Bagdogra, Udaipur, Vadodara and Vishakhapatnam will be operated from T2 of the Indira Gandhi International Airport.

Although advertising at T2 is at a relatively low key now, the shift of flights to the terminal is likely to boost the brand presence there. T2 is geared to handle some 12 million passengers annually.