In a recently concluded tender for naming rights at DMRC stations, Pioneer has bagged the rights at 8 stations while Planet, Signpost, Explomedia and builder brand Supertech have won rights at one station each. 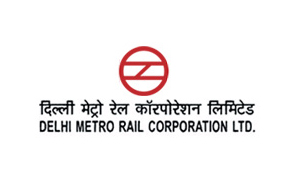 Confirming the news, an official of DMRC said, “The naming right initiatives have been carried out by DMRC in phases. It is aimed to generate some extra revenue since 2009 in the absence of fare revision. This gives the biggest of conglomerates an opportunity to write their brand story within a space refurbished accordingly. This also gives the associated brands the opportunity to maximise the use of advertising spaces available in the stations.”

Sunil Vasudeva, Director, Pioneer Publicity, informed, “We already had the rights of 8 DMRC stations; this win brings us immense joy. We are going to utilise our already-established ideas to bring to further the success. However, it’s too early to draft the game plan as we are yet to receive the award letter and DMRC will give us positions by end of this year.”

Sunjjoy Daddhichh, Director, Explomedia, said, “South Extension is a premium station and we expect good footfalls after it starts operating. “