Coca-Cola, which has been present at the location since 1954, and fellow incumbent Samsung, have confirmed their long standing commitments to the new Lights. 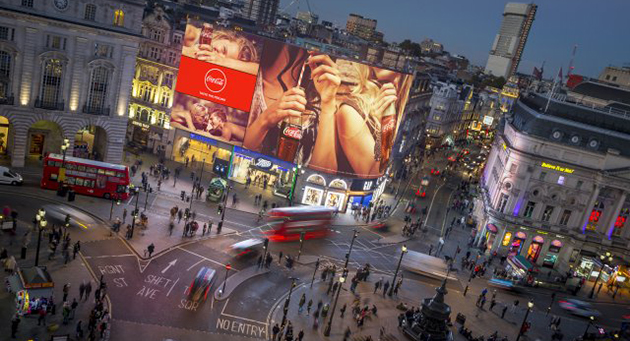 Piccadilly Lights, the world’s number one advertising location, is to undergo a complete transformation.

Ocean has reported on its website that the firm has won the contract to operate the central London landmark as part of a milestone upgrade of the iconic location to be undertaken by its owner, Land Securities.

Construction, which commences in January 2017, will see the current patchwork of screens replaced with a single state-of-the-art LED digital screen and live technology hub. The 4K, 790 square metre screen, which will be the largest of its kind in Europe, will divide into six full and subtle motion segments, preserving the Lights’ famous mosaic appearance.

Coca-Cola, which has been present at the location since 1954, and fellow incumbent Samsung, have confirmed their long standing commitments to the new Lights.

For the first time in its existence, contracts for four other positions on the Lights are available, representing a huge opportunity for global brands that were previously locked out of this world famous location. The new Piccadilly Lights are scheduled to relaunch in autumn 2017. Whilst works are underway, a static, illuminated banner featuring the signed brands will be in place.