Augmented reality is adding a new string to OOH bow 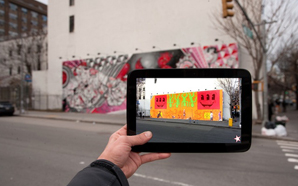 Augmented reality (AR) campaigns are taking off internationally with progressive brands using the technology to turn every available surface into a virtual billboard. As cellphone manufacturers plough money into AR capability, local brands should be looking to do the same. An online report by TheMediaOnline states that “The beauty of AR for brands is that it can turn the device in people’s hands into an interactive platform which bridges the online and the offline worlds.”

“Using AR could turn our wealth of beautiful landmarks into brand experiences. Imagine Table Mountain turning into a giant, iconic billboard when viewed through your phone’s screen. Hotels could become interactive buildings, allowing passersby to explore rooms and amenities and, with a clear, ‘book now’ button, be taken directly to an online reservations screen,” says the report.

“Taxis, which have often relied on advertising as additional revenue, could be used as moving AR billboards including a gamification element to boost the user interaction,” the report states.

Notably AR campaigns could also extract valuable data. This includes not only who is viewing the ads, but also their behaviour once inside the app. Tracking what users are interested in, combined with their details and movements (obviously coupled with a strict opt in proviso) allows companies to shift campaigns and prices on the fly.