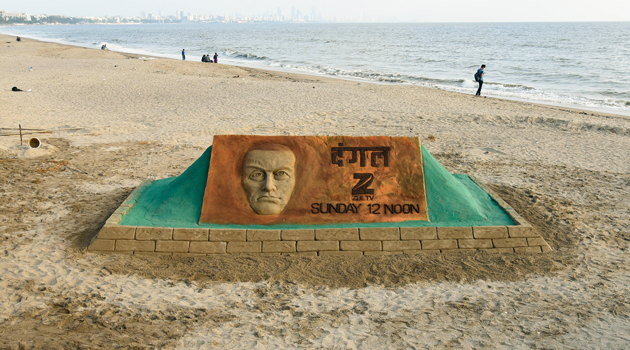 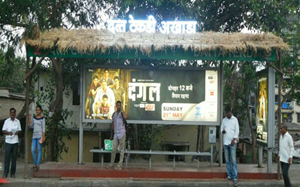 Network, partnered with television broadcaster Zee TV to promote the world television premiere of the Amir Khan-starrer ‘Dangal’. Brandscope India designed and crafted multiple innovations to promote the premiere in the OOH space.

As an industry-first initiative, the agency replicated the movie poster with Sand-Art on the Versova beach, Mumbai. Also, multiple bus shelters were made to look like wrestling rings, bringing to life the wrestling rings depicted in ‘Dangal’. 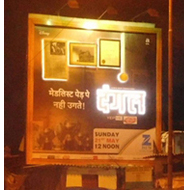 Additionally, innovations were done on billboards such as the Wall of Fame (the wall which showcases the trophies and wins of the Phogat sisters in the movie).

To bring alive the climax of the movie in which Geeta Phogat earned the much needed 5 points to win the medal for the country, a billboard was split into two to showcase the move. The agency thought beyond billboards for the promotion of the movie that indeed went beyond popular cinematic norms to become such a huge success.