OTT brands go all out at Bengaluru airport 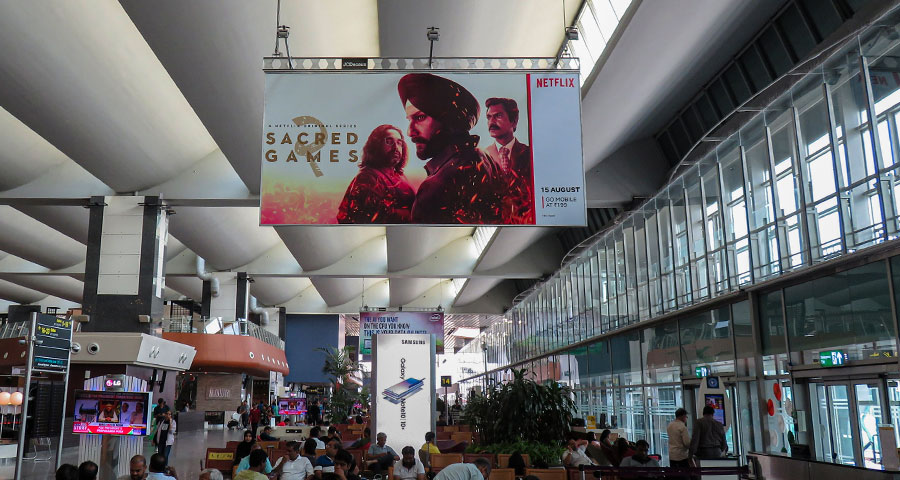 Video on Demand streaming brands, popularly known as OTT brands, are leaving no stone unturned in making their presence felt, especially at high potential hubs like the KIAB airport in Bengaluru. The space is managed by leading outdoor advertising company, JCDecaux, which holds exclusive advertising rights for the Kempegowda International Airport, Bengaluru.

Leveraging the space are brands like Netflix, which is currently promoting Season 2 of its popular show ‘Sacred Games’. The show is advertised on various media assets at the Bengaluru airport, including the newly installed LED screen, digital MUPIs and the suspended screens network spread across the departure & arrival at the airport. Netflix also promoted the start of the new season of ‘Stranger Things’ and their new show ‘Typewriter’ on the JCDecaux assets for enhanced visibility & exposure.

Amazon Prime’s ‘Comicstaan’, that gained immense popularity in its first season, is also on KIAB, advertising the new season of the show. The strategically located JCDecaux media at the airport serves the brand’s requirement for focused targeting. 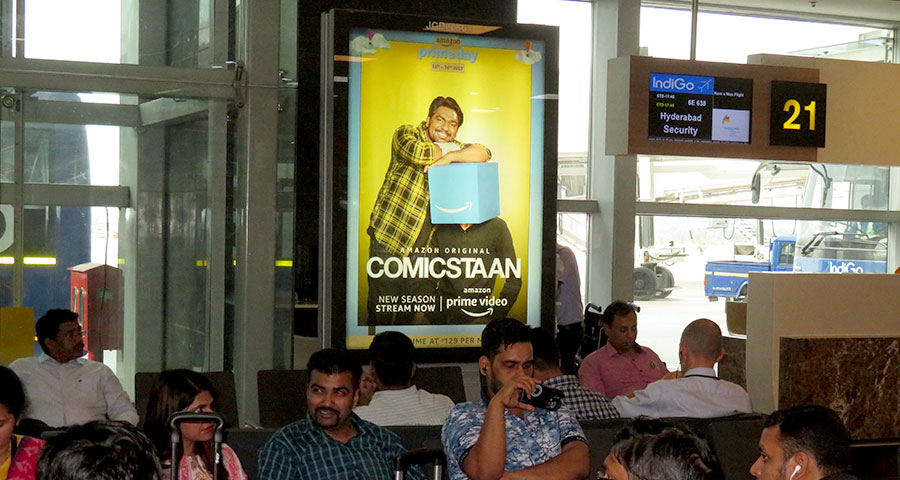 Many other OTT channels such as Hotstar, Eros Now, MX Player & Zee 5 have also been actively advertising their original shows at the Bengaluru Airport.

Having the highest passenger growth rate amongst the top five airports in the country, and catering to over 29.5 million passengers annually, KIAB is a hotspot for brands targeting a dynamic audience.

“The time spent at the terminal in the airport, gives travelers the space to explore & engage in their leisure time. While many like to shop, there is an audience in today’s time that likes to binge-watch their preferred shows online during their free time. Using this as an excellent opportunity, OTT brands have shown a keen interest in airport advertising to garner maximum viewership & add value to a subscriber’s entertainment options,” says Raheel Amjad, Deputy MD, JCDecaux India. 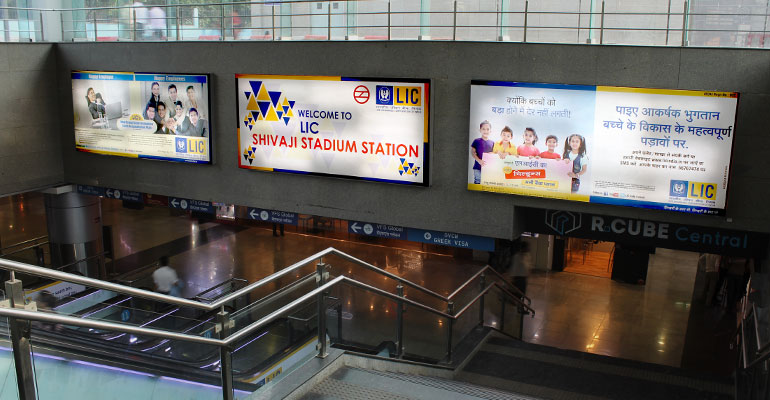 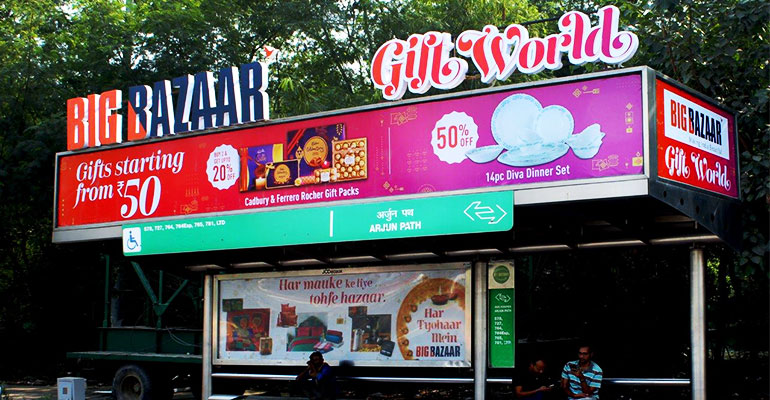 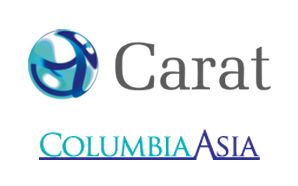