Bandhan Bank turns Kolkata to a blue city for their launch

The campaign uses a mix of OOH formats, with high emphasis on transit media and media presence at transit points. 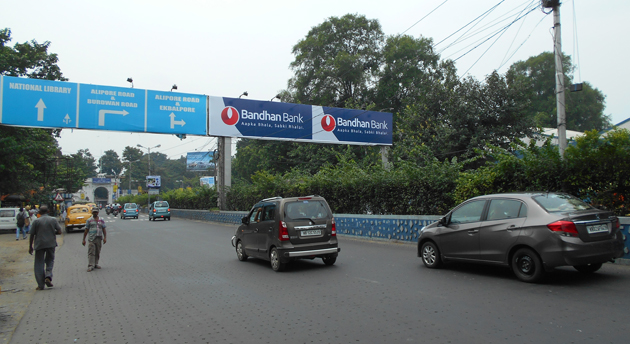 Bandhan Bank recently roped in MOMS to promote their launch in Kolkata through an OOH campaign that literally bathed the city in blue. Through this launch, Bandhan have started with 501 branches across India.

Speaking at the inauguration in Kolkata, the Union Finance Minster, Arun Jaitely said, "When I came to this great city yesterday, I saw a pleasant change. With Bandhan Bank written, the whole city has been almost painted blue." Referring to the new bank's billboards, which have a blue backdrop. 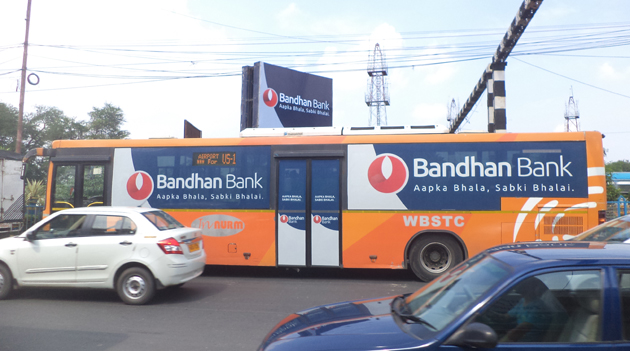 "The announcement of the bank needed to be highly impactful, making the audience aware of the launch. Since it is based out of Kolkata, the city was wrapped with blue through an array of outdoor media formats.This is a pan India campaign with a very heavy presence in East and the launch campaign started with Kolkata, Delhi and all the district headquarters of Bengal, Assam and Tripura,â€ said Dipankar Sanyal, COO - MOMS.

The campaign uses a mix of OOH formats, with high emphasis on transit media and media presence at transit points. All formats like billboards, traffic consoles, traffic booth, kiosks, Volvo buses and yellow cabs have been used effectively. The plan is also to cover airports of all the metros. As a surprise, fliers in the form of boarding passes have been distributed in Indigo airlines for the first week of the launch.