Pawan Bansal, COO, Jagran Engage, listed out the factors for ensuring best ROI from transit media in his address at the 1st Transit Media Talks Conference held in Mumbai on February 28th, 2019 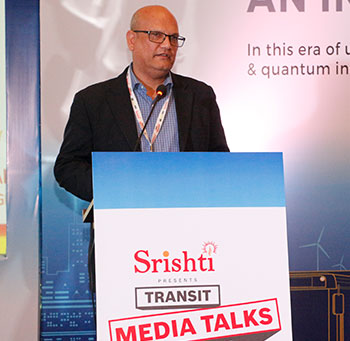 Pawan Bansal, COO, Jagran Engage spoke on the theme of ‘Steps needed to ensure best ROI in Transit Media’ at the 1st Transit Media Talks Conference held in Mumbai on February 28. As part of his talk, Bansal cited the example of how Jagran Engage had planned extensive station branding for a BFSI brand on the Lucknow Metro network where the firm holds exclusive media rights. He spoke about investments, infrastructure, innovation, technology and sustenance as being the key factors to ensure best ROI in transit media.

He emphasized the need for media infrastructure to be the very best – covering installation, illumination and fabrication and added that Jagran Engage had benchmarked the Delhi Metro media presentation, while developing its media assets on the Lucknow Metro network. Besides providing world class media formats such as LED billboards, duct panels and track panels, Jagran Engage had for the first time introduced digital pods for this station, Bansal added. He also highlighted the need for media hygiene through maintenance and cleanliness.

Further explaining how innovation in the media was drawing more commuters, he cited the example of the LED walls installation in Lucknow which have become interactive video walls. This media technology could amplify what the consumer was seeing and also show what they were translating it into, he informed.

He also shared that Jagran Engage had been working on connecting mobile phone with the medium to engage customers and ensure best ROI. “Sustenance can be met through long-term contracts, wherein companies can invest in metro networks which are viable for them and introduce premium media formats. This will help implement the technology for an extensive period,” Bansal said.