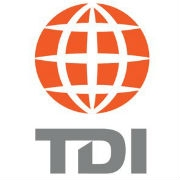 Confirmed by TDI International, the company has once again bagged, both Ahmedabad and Goa airports, recently tendered by AAI. Both airports were handled by this transit exclusive company wherein from last one year, AAI had given extension period for both airports. While the Goa airport has been awarded for 10 years, Ahmedabad has been allotted for 2 years of duration.

As disclosed by the company itself, both airports will have a fresh look & feel with a fresh set of new-age formats which will include backlit media, digital formats and many more with state-of-the-art designs.