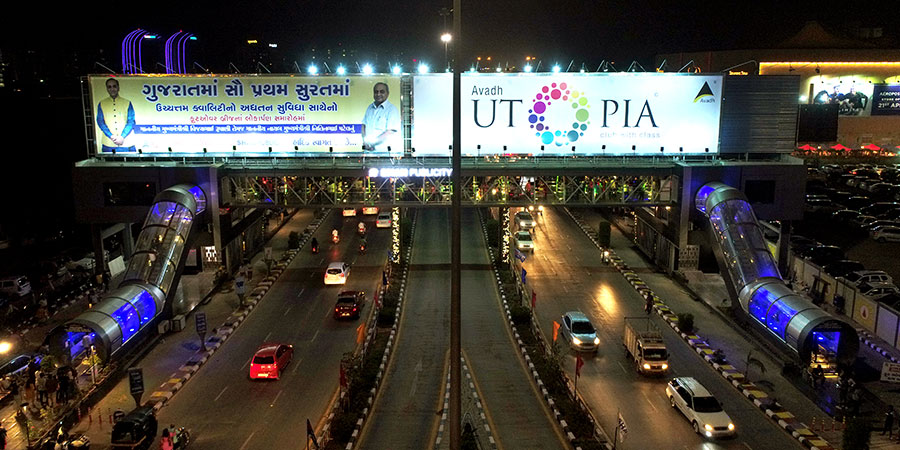 Surat is expanding its OOH avenues with the biggest tender being issued for foot-over-bridges (FOB). Shah Publicity’s bid won the lucrative tender for 14 FOBs including modern infrastructure.

“It is the biggest project for foot-over-bridges so far in the country. And no private company has taken up such a massive project before,” said Yashwant Shah, Proprietor, Shah Publicity.

In about one year’s time, Shah Publicity has installed 9-10 fully functioning foot-over bridges, opening up more avenues for advertising in the city. Currently, there are two FOBs with advertising units on them of 100x20 ft of two sites each along with a few sites installed on a walk-through area. Installed at prime locations such as the Ring Road, the media is sure to attain massive footfalls. Media has been installed at various locations on the bridge.

The project is estimated to be completed by early 2020. Similar tenders have been prepared in Baroda as well, and talks are also being held for similar installations in Ahmedabad, reports say.