The South Central Railway DEMU trains run in Andhra Pradesh and Telangana and reach destinations as far as stations in the adjoining states of Maharashtra and Karnataka.

Bengaluru-based Srishti has added one more feather to its cap by bagging the contract for exterior branding of the coaches of DEMU (Diesel Electric Multiple Unit) trains plying on different routes in the Hyderabad division of South Central Railway.

The DEMU trains run in both the states of Andhra Pradesh and Telangana and reach destinations as far as stations in the adjoining states of Maharashtra and Karnataka.

With aesthetic exterior branding of these DEMU coaches, advertisers would be able to connect with large audiences in four different states -- AP, Telangana, Maharashtra and Karnataka.

By bagging this contract, Srishti has secured a very strong hold in the states of AP and Telangana as the firm already holds the sole advertisement rights at the Secunderabad Railway Station.

One more contract for exterior branding of trains in the Mysore division of South Western Railway is in the pipeline.

The firm maintains that this medium is highly suitable for reaching a wide cross-section of the OOH audience that include students, IT professionals, decision makers, travelers and businessmen who frequently travel by trains. 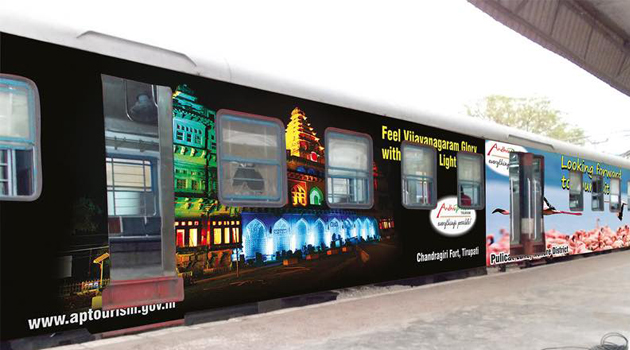 Tender for ad rights on public washroom at Chandigarh