Besides exclusive rights for 32 Chennai metro stations, the OOH firm has introduced new media in the Central Subway 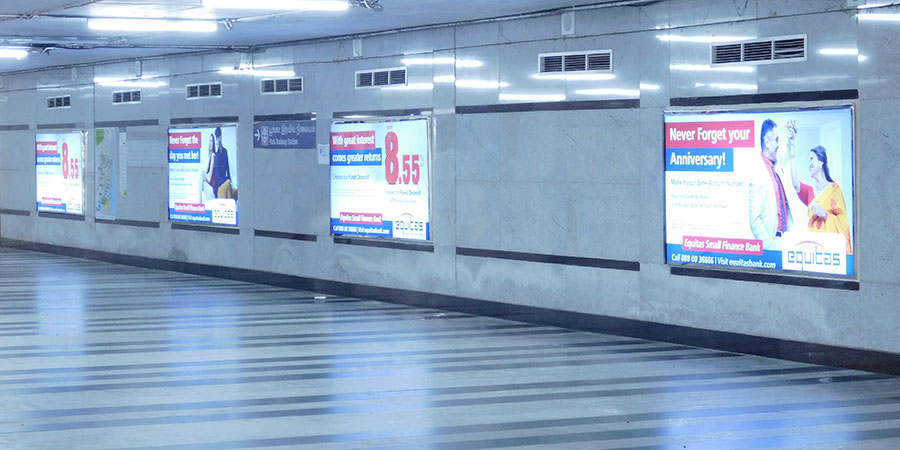 As a part of the Central Metro, this stretch has around 3 to 3.5 lakh commuters passing through it daily and has been considered one of the busiest subways in Chennai in the Poonamallee area.

On the occasion, R. Balamurugan, General Manager – Sales, Mark Metro Group shares, “It is one of the busiest and amazing metro subways that not only connects metro stations, long distance trains, suburban and MRT, but has also become the hub of Tamil Nadu. Central metro station is connected to the Central Subway which is regularly accessed by the commuters to take long distances trains, suburban trains or MRT as it becomes difficult to cross roads because of excessive traffic. Subways are well maintained by CMRL where there is provision for periodic train announcements and becomes easier for commuting for all segments. With this kind of new media that has been installed in the walkway it becomes ideal for FMCG, telecom, banking and finance, retail brands to make visible throughout that will capture the attention of the consumers.” 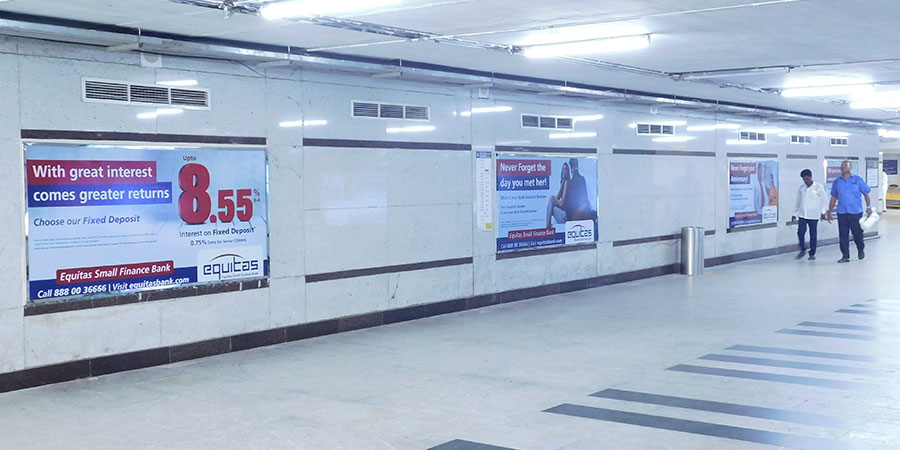