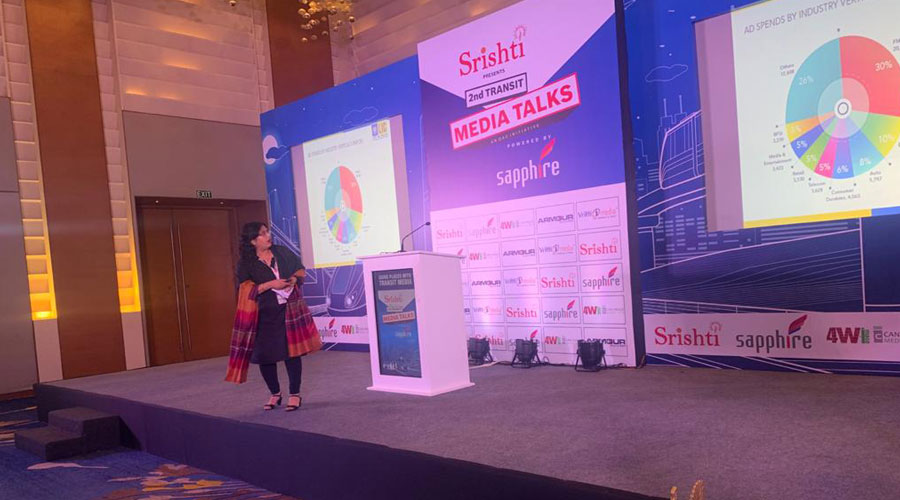 Speaking on the theme of “How Transit Media Can Be Best Leveraged by BFSI Brands” at the 2nd Transit Media Talks conference organised in Mumbai on February 6, Veena Khan, Deputy Secretary - Corporate Communications, Life Insurance Corporation of India (LIC) said that accelerated urbanisation and a larger number of people ‘on-the-go’ make transit media important advertising destinations for BFSI brands. LIC has been using transit media for a long time, going back to the 1960s.

Veena said that LIC sees transit media, and indeed OOH as a whole, as a powerful vehicle to connect with its large customer base that adds up to some 350 million people – a size that’s greater than the population of many developed economies.

LIC Zindagi Express train. LIC has opted for major branding at the 3 DMRC stations too.

And since rural markets are equally important for the brand to target, the brand runs a customised transit initiative called Bima Rath that connects with the smaller markets.