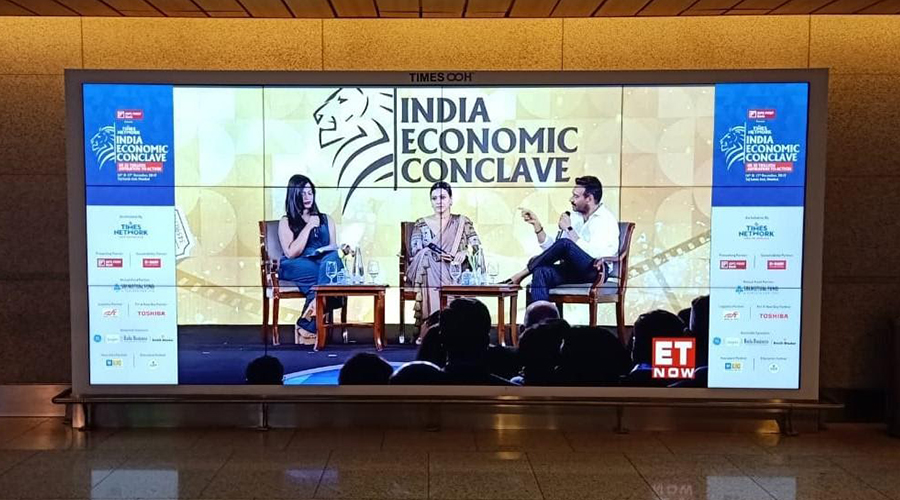 MK Anand, MD & CEO, Times Network, said, “India Economic Conclave 2019 is aimed at promoting India’s growth agenda by casting a spotlight on India’s potential to bounce back to its rapid growth trajectory. This flagship annual event is of greater significance now that the Indian economy is at the verge of an inevitable slowdown, and it is more crucial than ever before for business leaders, social influencers and political stakeholders to rally together and work towards a flourishing inclusive economy.”

“The annual ET Now India Economic Conclave is geared to bring onboard global economists, policy-makers, ministers, CEOs and representatives of international bodies – to debate on the nation’s economy and deliberate on how to get the engine roaring again. With the IEC bringing together the world’s best minds this year, our OOH campaign positioned branding elements at our strategic & premium locations – where we could reach influential individuals who’d be willing to attend the conclave.” said Times OOH spokesperson.