Geo-targeted screens on the Transport for London (TfL) buses allow brands to tailor their adverts to the areas along a route wherein GPS identifies the streets to refresh the advert as per the location. 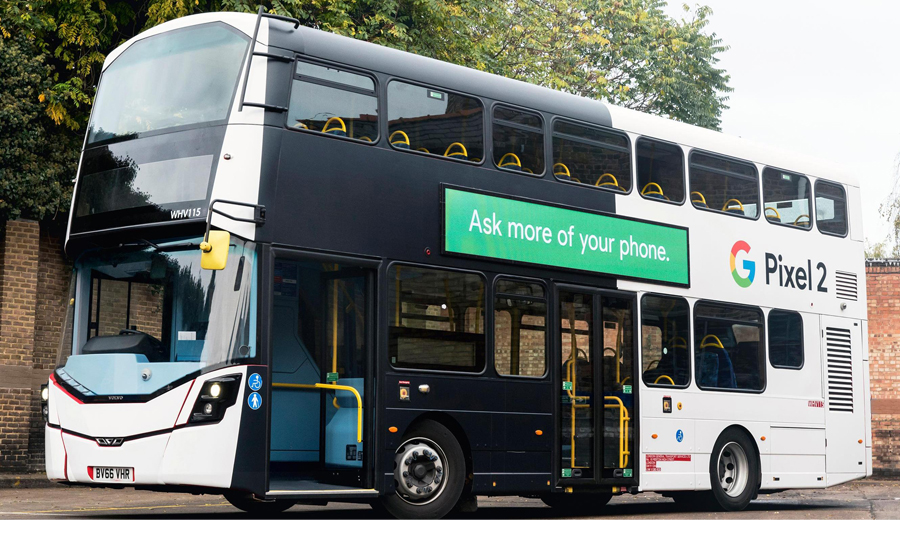 As part of its large-scale investment in digital, Exterion Media UK has initiated the first phase of new digital buses in London, in partnership with Talon. As the inaugural advertiser, Google is running the first campaign on these buses for its latest Pixel devices on the digital, wrapped buses in a three-month campaign that displays geo-targeted messages on the premium digital screens to audiences throughout London.

The launch is part of Exterion Media’s acceleration to becoming a digital media company powered by data. It builds on innovations such as light and lenticular displays, an increasing focus on data-driven solutions and the upcoming launch of DX3 - Exterion Media’s new full-motion digital network on London Underground.

Geo-targeted screens on the Transport for London (TfL) buses allow brands to tailor their adverts to the areas along a route. Each bus has a GPS, so that it can automatically identify the street it is on and whether the adverts on its side should be refreshed.

Google is the first company to take advantage of the technology. Bus adverts for their Pixel 2 phone will direct shoppers to the closest store where the model is available.

The campaign was conceived, planned and booked by Talon and OMD through Exterion Media with production by Grand Visual and creative by BBH. The digital screen technology was developed by Hive.