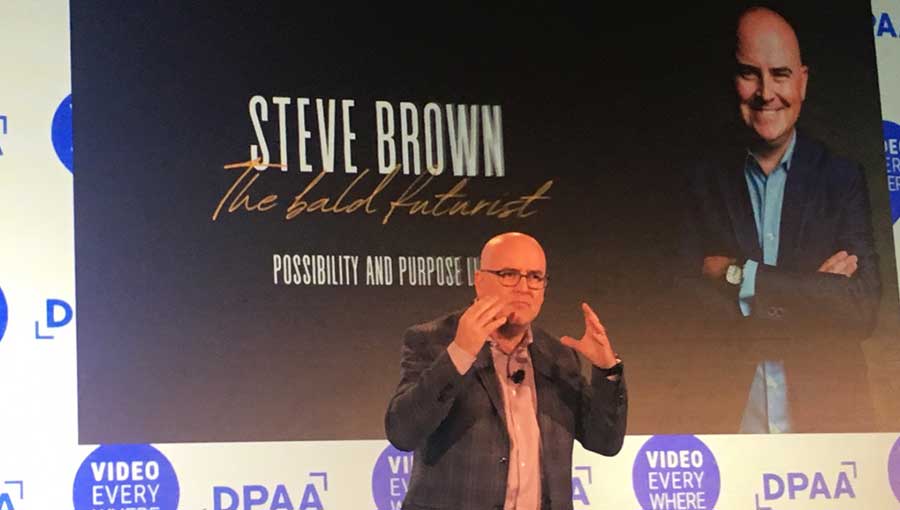 The digital world is getting intimately connected with the physical world. Sharing this thoughts on the future of DOOH media, author and futurist, Steve Brown while speaking on the theme of ‘AI, IoT and Future of DOOH’ at the Digital Place-based Advertising Association’s (DPAA) Video Everywhere Summit 2019 held at the Sheraton Times Square, New York, said that five key technologies will influence the future of DOOH: 5G and satellite networks; autonomous machines; IoT; artificial intelligence; and augmented reality.

Elaborating on each of these technologies, Steve said that 5G will give the media owners the opportunity to not set up utility-based media and infrastructure services could also be monetised, apart from the media.

He said that by the year 2030 cars would be all autonomous and that will open up the opportunity of selling streaming content to the car passengers. He also referred to the ‘Mobimart’ trials that are underway in Shanghai, whereby the stocked up cart will autonomously move to places where consumers place order for products. “This is about getting the brands to the people”, he said, instead of the other way.

Steve also said that by the year 2030 there will be a 100 trillion sensors everywhere, which will dramatically impact the course of DOOH growth. He cited how with the use of IoT, trash cans can be programmed to pick up sounds of guns shots, and that the data generated can be quickly used to track the shooter in any given city.

Regarding AI, he said that with sensors it is now possible to gather data without breaching the privacy laws. This will be a big advantage for DOOH going forward.

AR will enable the digital content to be connected with the physical world, he said, while explaining how the ads can be augmented. Gradually, the communication in the DOOH space will also become “bi-directional”.