A perfect time for OOH to regroup: Moving Walls

OOH media spends have been decimated across markets as most parts of the world experience some form of lockdown in the face of the Covid-19 pandemic. Campaigns have been cancelled and those that were being planned are no longer in the reckoning. Against this backdrop, Moving Walls cites that for too long OOH had been dependent on two main factors to draw spends - location of media assets and types of traffic they attract. The OOH operators were therefore were less inclined to spend on measurement, dynamic delivery of ads, and automation.

In the emerging circumstances, there is likely to be no immediate ROI on OOH spends. “The lockdown has altered the movement of audiences, making it unpredictable,” cites Moving Walls in its release. This is illustrated in an analysis of audience movement at four key locations in Malaysia as given in Figure 1.

Fig 1: Audiences movement at four key locations in Malaysia immediately before and after enforcement of Movement Control Order

The dramatic shift in audience movement is writ large in the case of other markets too, such as, Singapore, India, Indonesia, the Philippines.

Fig 2: Audiences movement in four key locations in Singapore immediately before and after enforcement of restriction on people movement

Fig 3: Audiences movement in four key cities in India immediately before and after enforcement of lockdown 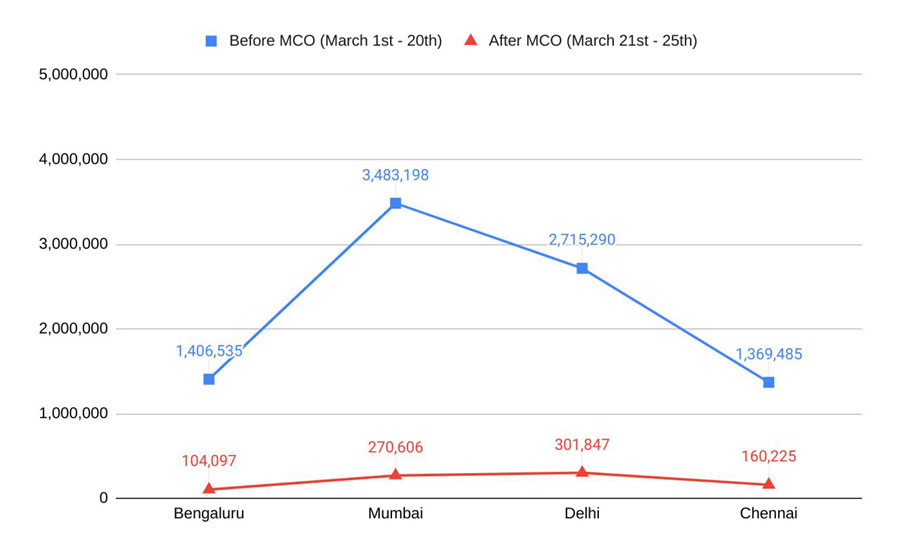 Fig 4: Audiences movement in four key locations in Indonesia before and after enforcement of restriction on people movement 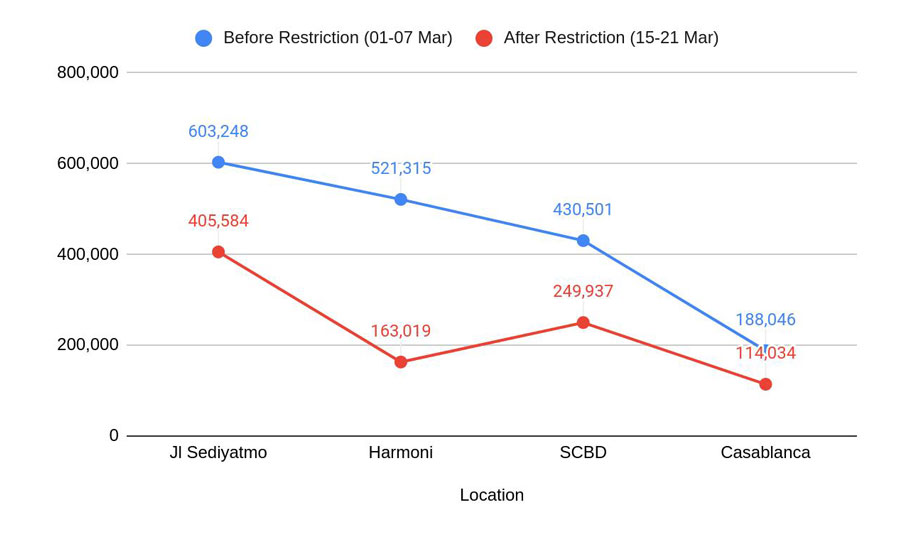 Fig 5: Audiences movement in four key locations in the Philippines before and after enforcement of restriction on people movement

The Moving Walls release states that audience movement is also changing as lifestyles change. The Adcity’s ‘Where’s Everyone’ report covering Singapore that was supported by Moving Walls identifies trends, such as, a rise in food-takeaway and grocery store visits and a decline in visits to entertainment spots. Hence, the suggestion was for marketers to consider shifting budgets to locations outside of CBD/town areas as audiences continue to move around outside, but are doing it closer to home.

Fig 6: A snapshot from Adcity’s ‘Where’s Everyone’ study 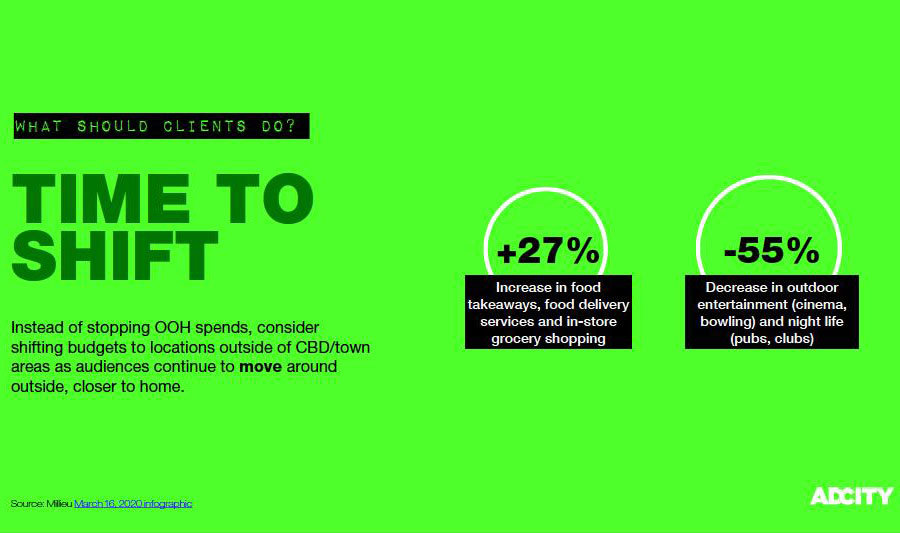 The Moving Walls assertion is that when the restrictions on people movement are lifted, brands will need to get down to business. However, consumers may still avoid going out too often, consciously or unconsciously spending more time at home or in environments considered safe.

In such a scenario, brands that will benefit the most are those which “re-adjust, innovate and move to where the eyeballs are, faster than the others”.

Meanwhile, what of the site owners? “This crisis is the perfect opportunity for OOH to regroup -- to reinvent itself as a vehicle to deliver audience views and in-market audiences reach. Location data left by audiences through a variety of platforms now exist for the industry to be able to move to a transparent measurement currency,” reckons Moving Walls.

OOH can wait it out and hope for a better second half of 2020. “The smarter option would be to start changing the way the medium is sold, adopt a measurement currency, and may be, start guaranteeing the potential audience the impressions it delivers.”