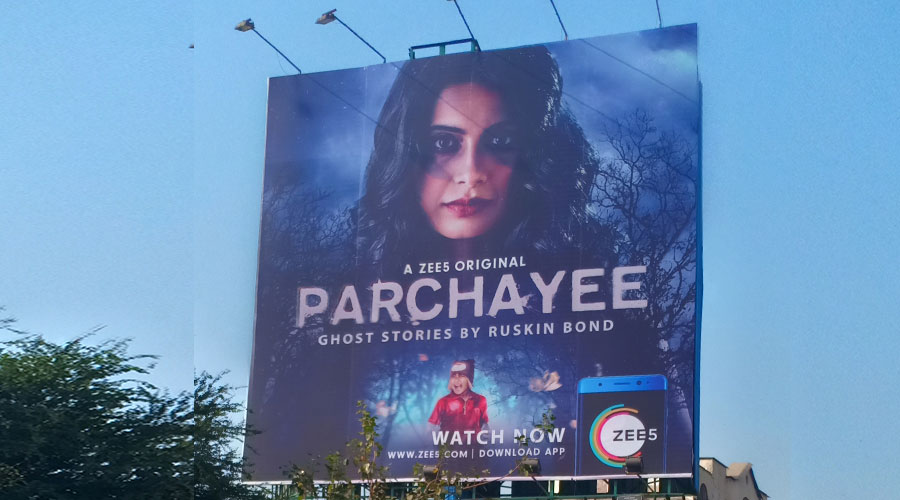 ‘Parchayee –Ghost stories’ by Ruskin bond has been made into a web series by Zee5 and the same is being promoted on OOH with large format billboards, hoardings and gantries for 30 days in Mumbai.

Seen at Goregaon and Bandra reclamation areas in the city, the campaign creative communicates the highlight of the 20-episode series, namely its unique depiction of paranormal narratives.

While the digital and print marketing campaigns were out in the first week of January, the outdoor leg of the campaign was executed in the third week. The first episode premiered on 15th January and the series will continue till June 2019.

Each episode in the series will be based on handpicked tales written by Ruskin Bond and will be produced by Banijay Asia & Opus Communication.