Kinetic WW which handles the Mercedes-Benz account undertook the media buying from Times OOH, media concessionaire of both airports. 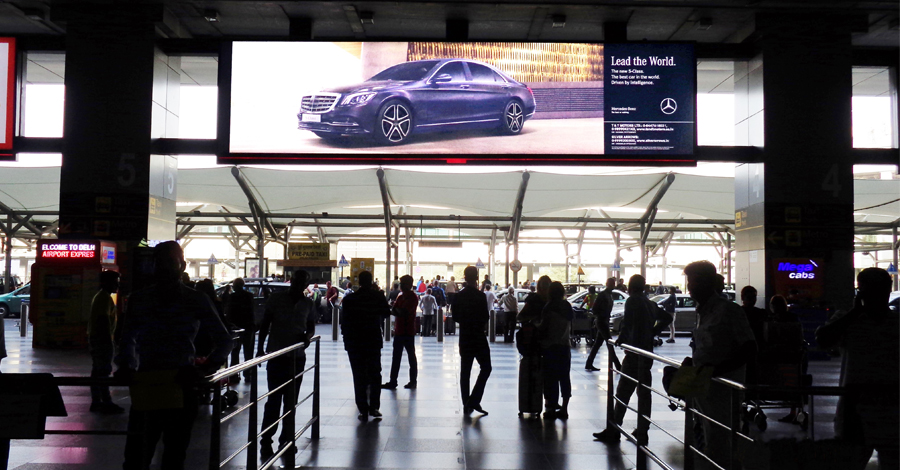 Kinetic WW which handles the account undertook the media buying from Times OOH, media concessionaire of both airports.

Media at the two airports were selected post an in-depth analysis of air passenger traffic in India. The objective of the campaign was to draw the attention of potential customers to the newly launched Mercedes-Benz S-Class. High visibility media were taken up at both the airports in high traffic areas. The entry points at the multi-level car parks of both the airports were seen to offer 100% visibility to all domestic and international passengers.

At Mumbai Airport, the DRLs within the headlamps in the car creative were lined with LED lights. The eye catchy innovation drew one’s attention to the hoarding and then to the iconic as well as easily recognisable headlights of the Mercedes Benz.

A 21-day pan-India campaign across multiple cities was carefully strategised to reach out to its TG, out of which Mumbai and Delhi were identified as the key touch-points.