The brand has wrapped two Chennai Metro trains with its orange-hued creatives, making an impressionable impact on some 1 million commuters a month. JCDecaux India holds the ad rights on Chennai Metro. 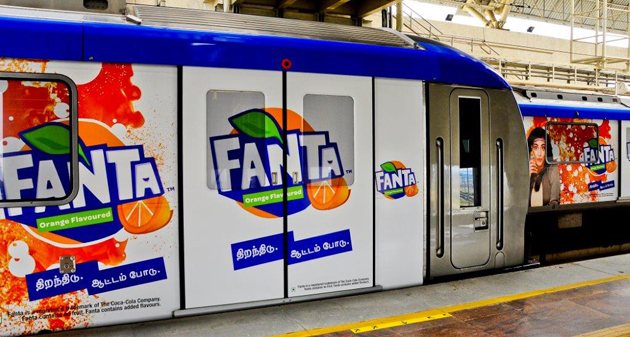 Fanta, the popular orange-flavoured Coca Cola beverage, has made a huge splash on two Chennai Metro rakes. The brand has wrapped two trains with its orange-hued creatives, thereby making an impressionable impact on some 1 million commuters a month. In a billboard-free city like Chennai, the campaigns on Metro trains – which run overland – stand out. 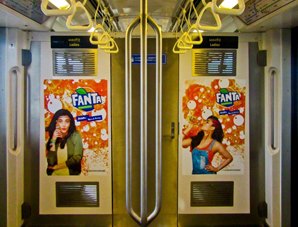 Fanta has also carried out branding of media inside the two trains. JCDecaux India holds the ad rights on Chennai Metro. Sharing his views on the Fanta campaign, Olivier Heroguelle, Managing Director, JCDecaux India, said, “Colours have a lasting impression on people and Fanta, one of the most preferred soft drinks in India, decided to tap the impact of its brand colour on JCDecaux Moving Media. The Chennai Metro frequently traverses throughout the city and thus enhances the brand recall and impact in a crowded city like Chennai.”