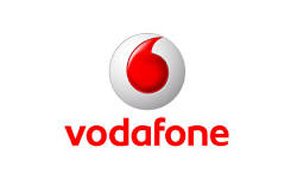 In a unique attempt to connect with the student community across Maharashtra and Goa, Vodafone has announced the launch of'Vodafone Campus Selfies'. The contest hosted on the Facebook page of'Vodafone Campus Selfies' will move to the OOH because the winner of the campaign will be the face of mega outdoor campaign that Vodafone will run in Maharashtra and Goa.

The contest has been running across cities like Pune, Nashik, Aurangabad, Solapur, Kolhapur, Goa, Amravati, Nanded, and Nagpur and Vasai.

All that the participants have to do is click a selfie and post it on the app created on the Facebook page. The winner of the contest will be determined by the number of "likesâ€ the photo receives during the tenure of the contest. The contest is open till last week of October.

Vodafone Campus Selfies activation team is planning to reach 65 colleges across Maharashtra and Goa to create awareness about the campaign. The team has also created an experience zone which teaches participants on how to capture the perfect selfie. Moreover, Vodafone India, as a responsible corporate, is educating students on the'Do's and Don'ts of Social Media' which will teach them basic principles one should follow while making use of the social media portals.

Speaking about the unique initiative, Ishmeet Singh, Business Head - Maharashtra & Goa, Vodafone India said, "We, at Vodafone, are always at the forefront in providing unique and differentiated experience to our customers. With increasing data penetration and rise of smart phones, the selfie phenomenon has become an instant hit within the student community.'Vodafone Campus Selfie is aimed to engage with this community by creating an environment of fun and excitement while educating them on how to use the social media platforms responsibly.â€